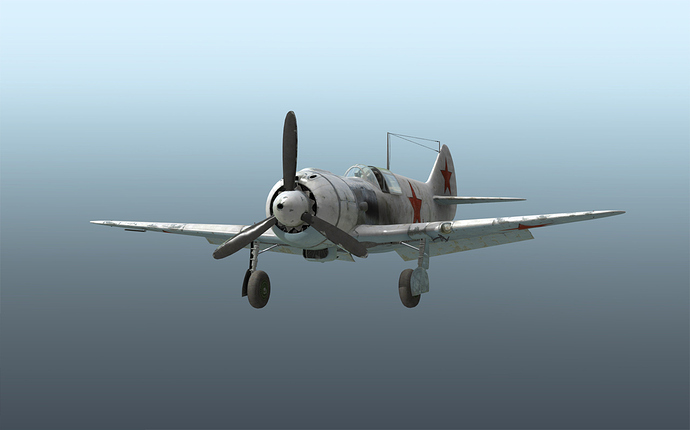 posted today, my plane of choice back in the day, with a white zero paint job and what got me a invite to join EAF by 602 S/L Scotty and Flowbee after a cracking DF session. They weren’t happy I chose 92

Lets make that bigger for you, Matt

Cheers Simon, but it was in hand, but two are better than one as they say.

Its the early version, will be interesting to see what its capable of.

Is there an La5 out now?

Is there an La5 out now?

no last 2 weekends were uneventful…

next steps should be:
quick mission builder
multiplayer
and Stalingrad map (alpha)

IL2 next Charlie, just your thing…

It’s not the plane set that’s boring me Skip it’s the map. 1 snow bound map and thats it. From what I can see in the il2 forums there is only going to be 1 map with 1 weather front. Is that correct?

It’s not the plane set that’s boring me Skip it’s the map. 1 snow bound map and thats it. From what I can see in the il2 forums there is only going to be 1 map with 1 weather front. Is that correct?

Nope. Initially yes, as Stalingrad winter will cover the most important events, but a summer map will be done.

Thanks for the glimmer of sunshine Keets

An arm and a leg to fund Jason Hits Jamaica

The thing about Jason is, he’s avid and demanding, which is useful to our interests moowahaha

What happened to Luthier, he’s like Pietersen, no one is quite sure what he’s done or not done behind the scenes but he’s a suspicious character apparently

It’s an interesting reboot of the franchise (Jason-speak)

Feels good for roleplayers, has that realistic feel that RoF has

You reminded me about compatibility ta mate, 8.1 with the Win7 front end I mean - without that it’s Mickey Mouse yes

Most benefits come from how it uses all cores equally - you might need to unpark cores for maximum performance same as in win7 (both 7 & 8 had 2 outa 4 cores parked on my CPU’s).

How do you check that Cy?

Most games by default will only use 2 cores, BoS is one

The general consensus is that you only unpack on Win 7 with I7 cpu’s and then you only see marginal improvements in gameplay.

Win7 introduced a utility that will park unused cores to save on power and CPU life (not that it saves much)
On the whole it’s better to let the OS manage the CPU unless you are having problems running a particular game. Micro stutters and the like.

You disable core parking in the registry or use this app http://www.coderbag.com/Programming-C/Disable-CPU-Core-Parking-Utility

I tried unparking but it did absolutely nothing for my system