Buy X-Plane for Your Desktop or Laptop | X-Plane

Buy X-Plane for your home PC. Supports macOS, Windows, & Linux. Buy the X-Plane 10 digital download today, and get X-Plane 11 free when it's released!

and apparently it has great VR integration!

[For english friends, pls go with translator. I’m in a hurry, forgive me 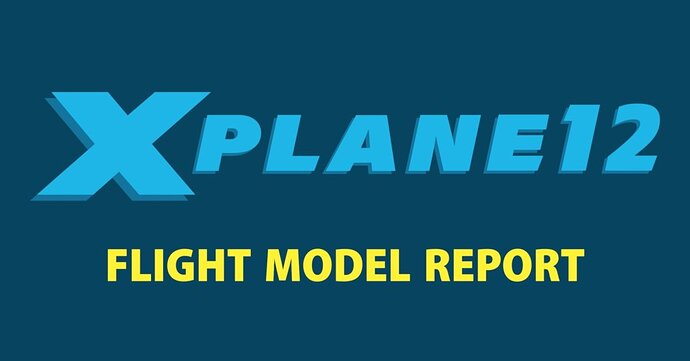 Introduction X-Plane 12 has been an interesting release because we had to rewrite… everything. Here’s how it happened: Ben started tracking watts per meter from the sun and stuff like that onto the material properties of whatever metal an airplane...

Conceptually it is, and it was an evident feeling when switching between FSX and XP11 (even if there were FSX addons that were very nicely modelled).
FS2020 definitely improved flight model. I’m not aware about it being still parametric or something similar to XP11 fluids physics simulation, but you’ve got very good feelings now and realistic responses from sorrounding scenery (turbulences over hills, etc…). It still depends a lot on developers and base pack planes are quite simplified, but it’s much better than before IMHO.

I must say, ground handling in XP12 feels very nice (tried stock 738, in MSFS I use PMDG 737). You realistically bounce a bit on the wheels when hitting the brakes and have the expected feeling of weight. Not the sweet spot for MSFS instead.

Once airborne… I feel MSFS more natural, but it could be because I’m finally used to it, while XP12 is new for me.

Demo’s 15 minutes are quite short, so I’ll try again in the evening.

In the end, when we talk about scenes… 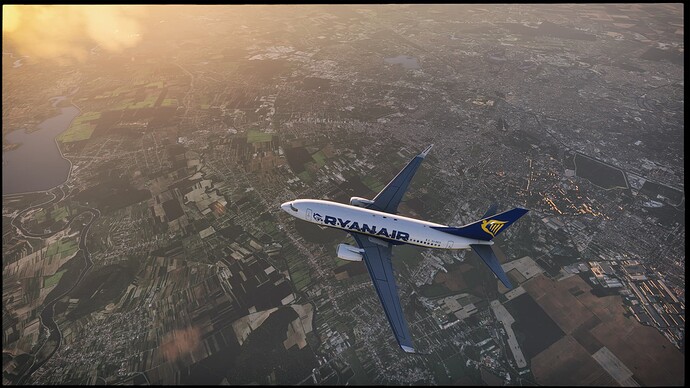 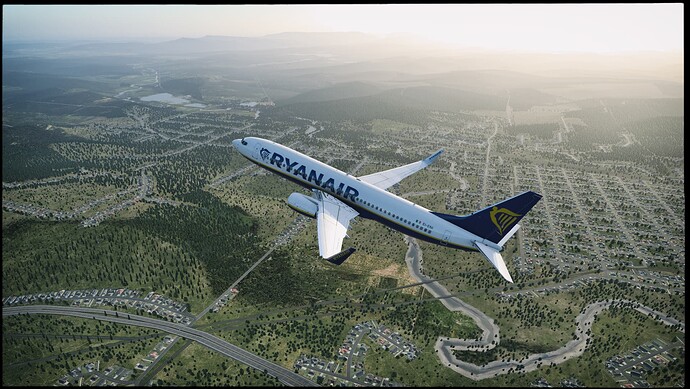 Yes, was higher in MSFS one…

But this look VERY interesting, anyway! Damn, all of this is too much for a 15 minutes demo flight!
Shall I spend 60 bucks to test all of this???

can’t wait to test in VR…

For sure, FS2020 is not “nerd” enough to make something like this observable to everyone (and I don’t know if FS2020 flight model is accurate to this level): 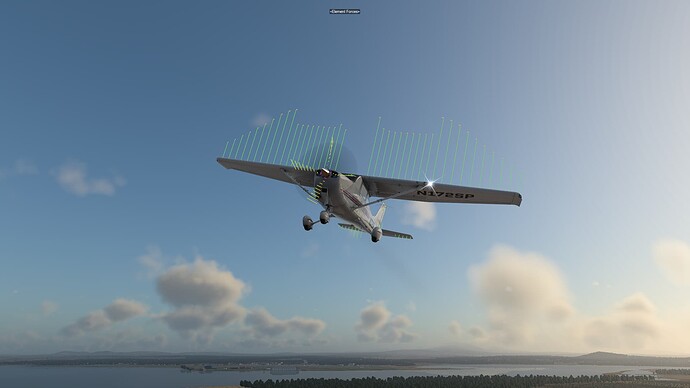 Visualization of forces generated by plane elements.
Beside the main and most obvious one, the lift generated by wings, please note:

Don’t be so rough, c’mon

I think, first of all, that it’s not useful to compare flight models of combat sims with those of civil aviation sims. There are much different things that you expect from them.
I swear that, after flying DCS warbirds along the week, I’ve found too simple even the real ultralight plane I used to fly in the weekend

MSFS for sure aims to a broader audience and is focused more on visual experience. You can call XPlane a “fluids physics simulator” probably. But MSFS brought in the possibility to REALLY fly VFR for example, and puts you in a totally immersive environment. The other stuff is left to plane developers.
I fly PMDG 737 for ex and, as far as I know, I’ve got something very, very close to the real plane behaviour and systems. Together with the most realistic visual environment in the market at the moment.
It’s great to see how in XP12 you’ve got everything to work as expected talking about physics and it has a MUCH better interaction and user exp too.

It depends on what you want in a particular moment. But simply asserting “msfs = arcade” is unfair IMHO

tested in VR. Lot of issues with Rverb G2 and SteamVR.
OpenXR not supported… yet