To: My Dear EAF51 Sq Members and IL-2 Friends

I don’t know how to post this to the EAF51 Forum. I tried, but was unsuccessful. I’m sorry, but I’m not very good with on line photo media. In fact, I’m terrible:) So, I send this to you to share and forward to others. Perhaps you can post to EAF51 Forum, or other IL2 community Sq forums. Please feel free to forward to other Sq members or friends who may have an interest.

I wish to share with you some exciting news involving my son who lives in Houston, Texas. He was inspired to writing and then Director of short film production with many achievement awards. His “passion project” is honoring the contribution and sacrifice of military (K9) canine corps and in particular, the U.S. War Department in 1943 establishing the first US canine corps which today exists in many countries for both military and police units. His historic novel screenplay Walking Point and now ongoing production of short film captures the story, drama and basic theme: "A Marine is always faithful…And so is man’s best friend."

My son (R.J. Nevens, Jr.) is Director and in the process of completing professional directing and filming of his book, then screenplay he authored several years ago, Walking Point . It’s a historical novel of the USMC canine(K9) corp in the Pacific. The story follows a family and young boy donating his beloved dog “Duke” to the War Dept. The story follows events, drama from training to combat in Guam. The dog “Duke” and his handler are a working police/military canine team from California.

A few weeks ago the first film production was conducted at the National Museum of Pacific War in Texas. They donated facilities, personnel, Pacific military equipment etc. to complement the film actors with US Marine re enactors. Additional filming was completed in a special donated Florida location to replicate the jungle setting in Guam. Next will be film editing, music, credits, etc. with the production staff.

*Please see the links below provides introductions to Walking Point and my son with links to short film clips from early production. He hopes to have the film completed in short film production in Fall 2019, then Premier Opening, followed by various film festivals.

If all goes well, the possibility of a large film production or series could develop…who knows. He has received outstanding national support and assistance from U.S. Armed Forces canine units, police organizations, working dog publications and many other supporting organizations and people. Progress can also be viewed via Facebook and Instagram for “Walking Point The Movie.”

My son asked me to convey his best wishes, respect and appreciation to all within EAF51 Sq and the IL-2 flight sim community I listened to a very interesting podcast interview by a WWII historian of him and several outstanding Japanese (IJA) actors in the film. The first pic is my son on film set. The last pic is California Sargent and handler and film ad adviser of Duke. Two other active duty working canines are also in production. 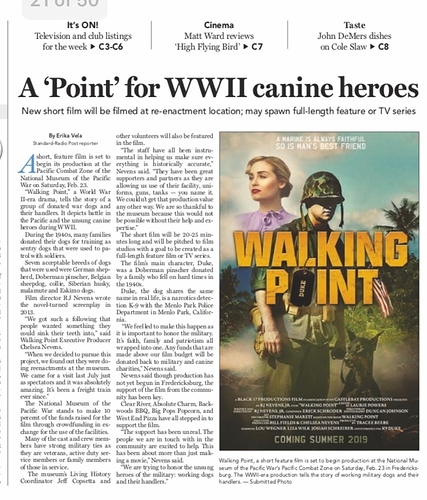 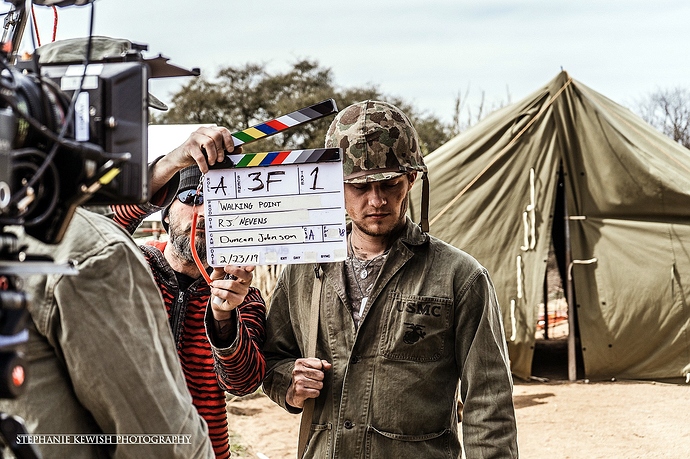 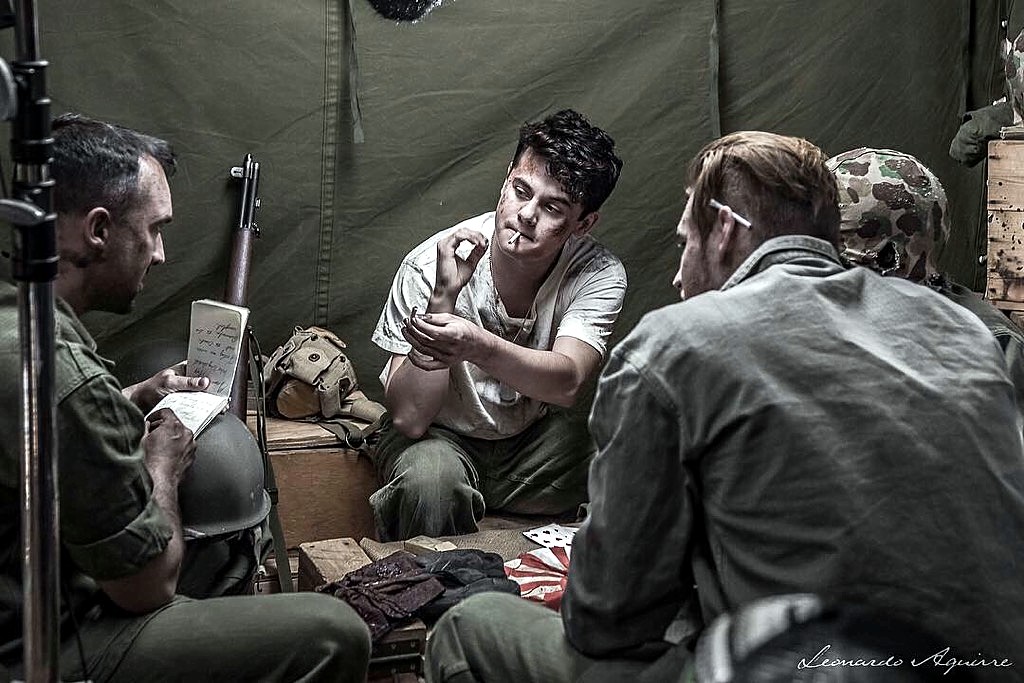 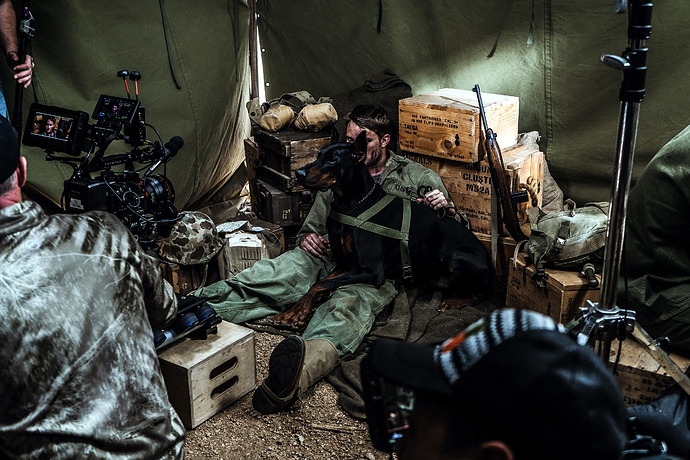 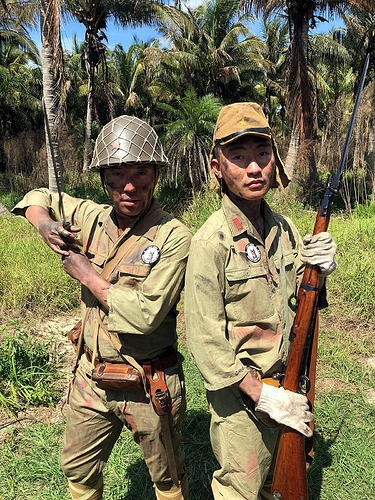 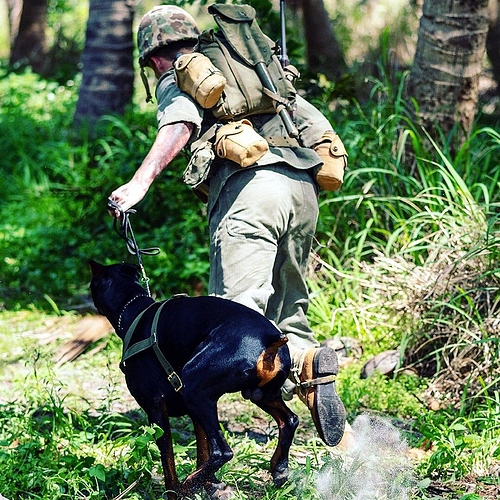 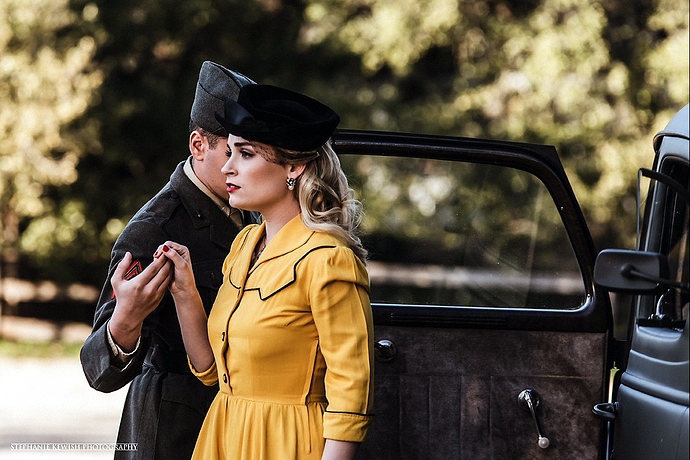 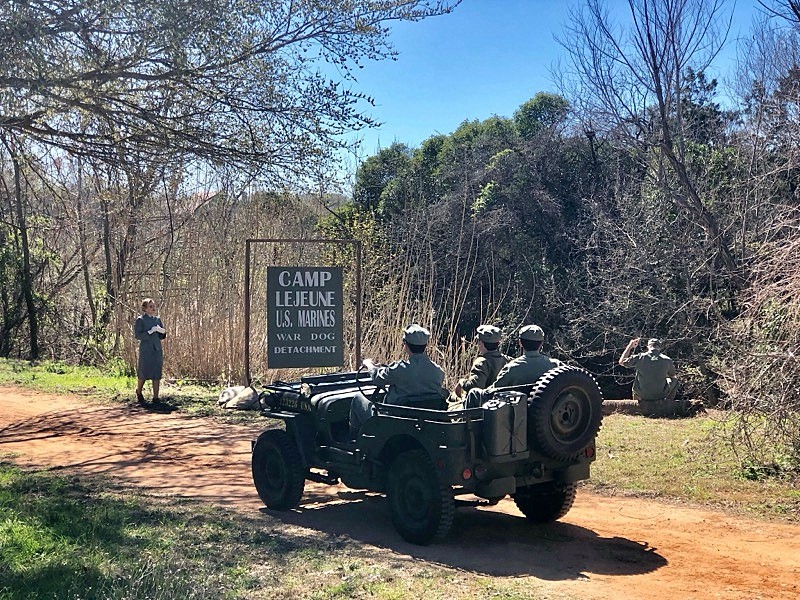 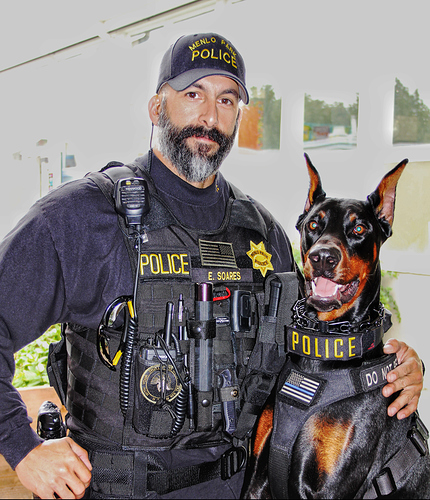