Up and down and then gone

My friends, I am have a really strange experience with flying in formation. When I get closer to my position, the wing seems to move high up and then low down, going up and down, up and down , while I think I am flying in a steady position and I am sure the rest of the wing is too. Then all of a sudden the wing is gone or far away. Has anyone else ever experience this? Can it be Lag? Can I get this fixed and how?
Cheers

Not sure I understand…what do you mean by “then gone”?

It is normal to go up and down a bit in relation to your wingman when in formation. If you do not take the necessary corrective action, it is indeed possible to move away from your position.

If you mean something else, can you record a video of it?

Can You record a video?

This sounds very much like a description of PIO! Pilot Induced Oscillations

They occur when the pilot of an aircraft inadvertently commands an often increasing series of corrections in opposite directions, each an attempt to cover the aircraft’s reaction to the previous input with an over correction in the opposite direction. 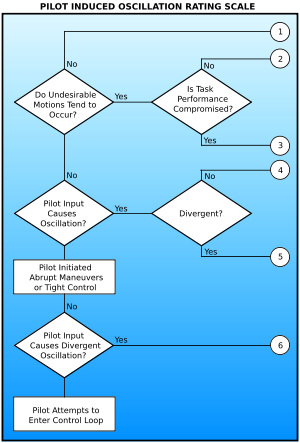 Pilot-induced oscillations, as defined by MIL-HDBK-1797A, are sustained or uncontrollable oscillations resulting from efforts of the pilot to control the aircraft. They occur when the pilot of an aircraft inadvertently commands an often increasing series of corrections in opposite directions, each an attempt to cover the aircraft's reaction to the previous input with an over correction in the opposite direction. An aircraft in such a condition can appear to be "porpoising" switching between up In...

You think could be your case, Rob? 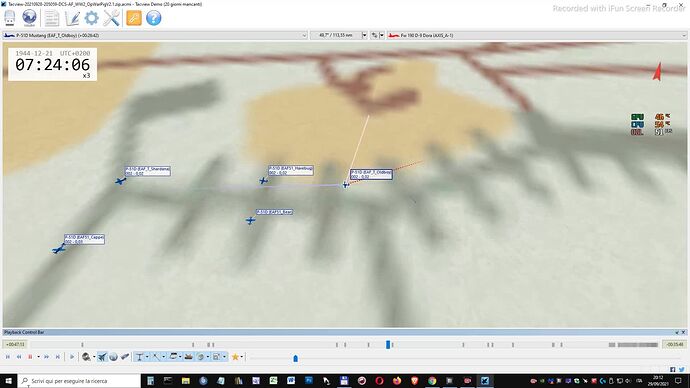 that is cool. thanks
this explains a lot
cheer

this may be the case. i hope i can get rid of this

Very small and careful movements when flying in formation. Some bobbing up and down in relation to other planes will almost always occur (especially if flying Spitfires), but if everyone tries to keep steady it shouldn’t be a problem. My biggest problem when trying to fly formation is that I always tend to fly a little too fast.

I watched the video and something I noticed is that when you lost the formation you seemed to head in a totally different direction for a long time. What happened there Rob?

Another hint I would give is valid when your position in the formation is not directly next to the flight leader (i.e. you’re number 4, so there’s number 3 between you and the leader).
In such situation, the thumb rule could be: closer plane is for distance, leader is for height.

You must keep the correct horizontal separation from the plane which preceeds you (the number 3 in the previous example), BUT you should not follow him vertically.
The leader guides you for that.

That’s because there are much more oscillations in the vertical vector. If number 3 wobbles a bit, you’ll wobble even more trying to follow him, and so on. Like a spring, you would amplify the oscillation.

If all the planes in the formation follow the leader as reference for vertical positioning instead, then oscillations will be localized to single planes and won’t be amplified.

Not easy to explain in written form, and in english!

And also, trim, trim, trim. Making corrections with a well trimmed airplane is much easier. Get used to trim constantly, as in real life.

Yeah, both Ibanez and Nepe has very good suggestions. Trim is essential for smooth flying, not only for easier formation flying, but also for speed and/or saving fuel.

it happens to me too!

when i feel i’m having PIO i’ll relax the hand on the stick and that helps a lot!

@EAF_OldBoy_Rob try to check from time to time the altitude and heading on your compass, that way you have a rough estimate of where the leader is going and if you loose sight 1) tell immediately your leader that you’re blind in the meantime try to steer on the original heading and altitude.

My only recipe to PIO (and the only one that really resolve my problems when i start flying) is as soon as You start applying a correction (for example down) then You must invert and correct in the opposite. (in this making AAR in the F-16 and F-14 really help me…because it was a nightimare the first times ) Doing so Your correction will be more and more smaller until You will get a relative stable position. From there, always keeping the target aircraft in sight You will start to trim the aircraft, microtrimming I call it.
Once trimmed and in good positions is only a question of micro reaction to position’s change and You will be ok.

Thank everybody for explaining this and I will try to get this working for me during the weekend.
cheers

I don’ t know Mikke, almost colided into bug, lost visual, when catching up i realize that the quality of my settings is so bad. i see 4 spots and then 8 and then nothing, need to adjust my Q2 or go back to 2D when in mp servers.

Iba suggestions are what I always keep in mind about formation flight, simple and effective!

Roger, spotting in DCS can be tricky, especiallywhen icons are totally off.
Being slightly below what you’re trying to see can help, but on the other hand, you don’t want to be below your opponent when you find him.

I sometimes find it really hard to see planes at a medium-short distance for some reason. Long distance can of course be hard just because it’s such a small dot.

New engine’s release will make spotting better, they are working on it.