One for hardcore RPG players looks like and very interesting if expensive right now. Not at all like Gothic3 for example, no hack-and-slash FPS combat but the most beautiful graphics yet- which are my primary interest. But even so it does draw you into an interesting world and the characters are vividly drawn with excellent voice talent and animations in scene-setting cutscenes

Combat is very nice but rather difficult to get the hang of after only an hour, I see movies that suggest it’s only a matter of training. My guy’s just standing around at the moment unable to swing a sword- but luckily he dodges most attacks. I think there are ‘modes of combat’ and unless you’ve switched to the correct combat mode for the creature that’s attacking you’re in trouble- bit frustrating but it’ll come <starts praying>

Multiple-choice questions from your leader

You pick a course of action and take the consequences, then if you die you’re taken back to the choices again, very interesting. Intriguing plot, not simply the world taken over by the forces of Darkness. A team of criminals are attacking your keep for example in the opening scenes and attempting to nick your important laboratory by teleporting it out. No one knows what’s going on- hardcore RPG people I’m sure are going to love it and I’m learning that combat isn’t the be-all and end-all. Bit like flying warplanes there’s the Finding and the Seeking too that can be quite immersive. You’ve all heard of foreplay I hope, you know what your wives and girlfriends keep mentioning you should be considering “You have to dive in right away don’t you… let’s try that again but this time with less of a stampede element” 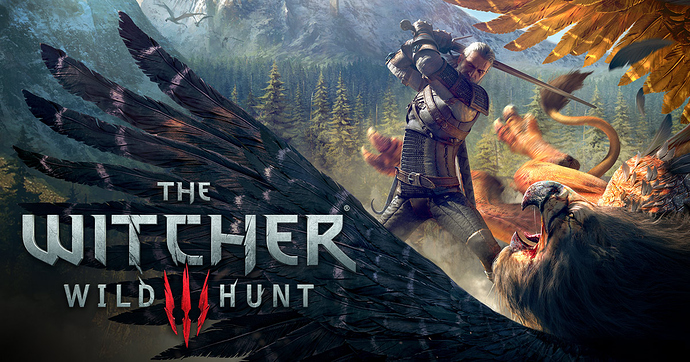 The offical website of The Witcher 3: Wild Hunt. Your number one source for news, latest videos and screenshots from the upcoming RPG developed by CD PROJEKT RED!

A bit like Gothic3 with similarly superb graphics, but for grown-ups no orcs and quite a dark feel. Combat gets easier quite quickly but to start with stick with it, the getting-pounded over and over as usual. Very immersive. Looking forward to getting out in the open although the starting castle location is very beautiful. Levelled up with three bronze wotsits, bit stronger. NPC animations are excellent, characters have inertia

Absolutely superb. Longish saving times but well worth it the plots and quests are many and all are interesting. Bit of combat and that also gets better and better, no hack-and-slash it’s all about timing. Not enough variation in the NPCs but that should be remedied in Assassin’s Creed. A blend of this one and that one would be good, for more historical realism. Witcher is elves and dwarfs and er, very scary monsters so no opportunity to learn any history but it’s still very immersive “Stop asking for a WW2 RPG Ming!” Ooh there’s a thought, Parisian knocking shops and filthy postcards mister? ‘Slap peasant’

Absolutely superb is a pretty fair comment. But, before I waffle on with a long review, just one thing is really spoiling the game for me. In recent years I have got used to games loading up a big (sometimes massive) map location that you can then explore freely. In The Witcher the map is fragmented into so many locations, and the load time for each is so long, I am finding it really breaks the immersion. On my system each location load is around 30 seconds - so simply going into a house and back out again means a minute of looking at a loading screen.

I am going to try installing on the other PC here to see if it is any better, but I suspect it is a limitation of the game engine and the map design.

Longish saving times but well worth it

Securing-supplies time for me that is.

I ran away from that monster in the seedy brothels district (Chapter 2) early days but growing bolder now I had a bash at it last night. Hell of a barney with it grabbing and locking on my neck a couple of times and ripping hunks of flesh off and it’s also dishing out some sort of space-warping explosion, then it ran away and everything went into slo-mo and I’d chased it down or so I thought and then it- [censored] How the hell did it do that

This is one game I’m seriously considering starting again when I’m done, looks like I was in too much of a hurry to get going… it’ll be an historic first but I reckon there’s a huge amount I missed in Chapter 1.

Where the innkeeper who was storing all my kit ended up dead and nothing on the corpse dammit. Well almost nothing

In lieu of a proper EAF review here’s some I found while looking for the Game Guide. I concur. Lucky I’ve got a really bad cold today cough the plot’s thickening 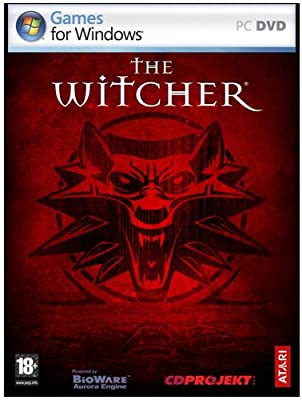 Have you got shares in amazon? That link was just the nudge I needed and I’ve ordered it. Not a fan of the repeated single click D&D attacks and hope this has a better combo style fighting system. Really enjoy swinging swords around intelligently.

Is this a DX10 game btw? A copy of vista turned up today in readiness for Crysis but haven’t got around to dual booting.

Go for dual-boot yes Swoop don’t be tempted to go for Vista only mate. I only run Vista for a look at DX10 stuff for now, it works fine on everything I run but it’s a little bit slower until proper DX10 games come along

I don’t know what they are I’m not a fan of D&D weirdness. Ok Gothic3 and Oblivion fair enough

There are visual/audio clues to timing your swings effectively, takes a while to get the hang of it, then as you progress you get more stylish moves like the one from that movie with the wooden horse where the hero jumps up in the air and runs the blade down through the collarbone area behind the ribcage to the groin with a backflip to get the sword out. They do not like that one lol. Fireballs I’m getting now that’s good too, goodness gracious

The fist fighting is not bad, very simple but more cool animation examples plus the cash. I love the very-high-res dice game

I had a good bash yesterday, gets better all the time, quite difficult in places, needs thinking about unlike the other two games mentioned. For me it’s much better than the other two, I haven’t got bored yet. Frustrated yes (I’ve run into a heavy dude - run away! run away! lol) but not bored