Short story with the details…

I play NHL 10 on the 360 online, we have a team that play with each other against human opponents… a new guy joined about a month ago called Charlie. His in game player was called C. Nungesser. I thought I recognised the name and asked one of the others if he was a hockey player , as I knew the name from somewhere!
Well, the answer was a resounding no…when Charlie came back on I asked him { I had remembered by that time that Nungesser was a WW1 pilot } why he had named his player C Nungesser, was that after Charles Nungesser of WW1 fame? He said yes it was the WW1 pilot…and his reason…well it turns out it was his Great Uncle. Quite a character if I may add… http://www.theaerodrome.com/aces/france/nungesser.php

Anyways, the latest drawing is of Great Uncle Charlie and so far Im quite happy with the way its going… 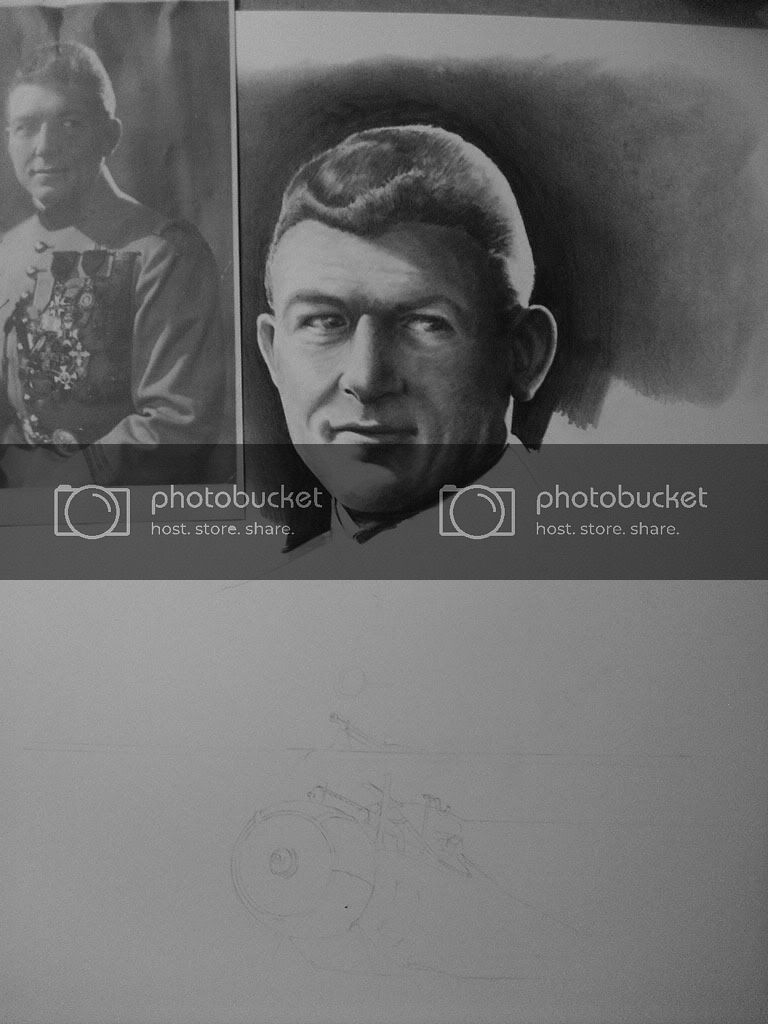 What a powerful face, with determination and experience scorching out of his eyes; you’re wonderful in catching the spirit of people you portray!

Have a great talent!
Good!!