I created a blog post from Toopsy thread!
Forum and blog are linked and when a new post is made it automatically create a new thread in the forum! Forum posts for this thread should be visible as post comments.
So i meged the threads.
feel free to share the blog post to the world.
Social and other forums

The release of this map came to quite a surprise to many of us and I for one went for it straight away. The map is about half the size of the Normandy map, but then the Channel at the Straights of Dover is not as wide and you get a feel of having quite…

The release of this map came to quite a surprise to many of us and I for one went for it straight away. The map is about half the size of the Normandy map, but then the Channel at the Straights of Dover is not as wide and you get a feel of having quite a lot of terrain in France. Many simmers think that this map can be useful for re-creating the Battle of Britain period, but if you look at the available airfields and their level of equipement my feeling is that the map is correct for early 1944. On the UK side the map only has the following airfields : Detling (grass runway & hard stands for hangars), Manston (both a grass runway and a massive 3-lane concrete runway with lots of hangars & hard stands), Hawkinge & Lympe (like Detling but with the addition of blast pens) and High Halden with two long wire mesh runways and about 80 parking slots. Research shows that this “temporary” airfield was built in 1943 and the first operational unit to use it was the USAAF 358th Fighter Group who moved in on 13th April 1944. The FG operated 3 squadrons of P47, 365thFS (CH), 366thFS (IA) and 367thFS(CP). The field was also used by 616Sqdn RAF operating Meteor jets against V1 flying bombs. Currently in DCS we don’t have the right German aircraft types for Normandy (except the Fw190A), nor for the Channel and if we start talking of using this map for the 1940-43 period we don’t have the correct Allied types either.
There is talk that Biggin Hill will be added, but this is about on the extreme western limit of the map. For the 1940 afficiandos, many more airfields would need to be added like Eastchurch, Littlestone, Wilmington, Canterbury, and those familiar with Cliffs of Dover will regret not having the multitude of airfield west of Biggin Hill and north of Eastchurch. I guess one day they could merge the Normandy and Channel maps ! 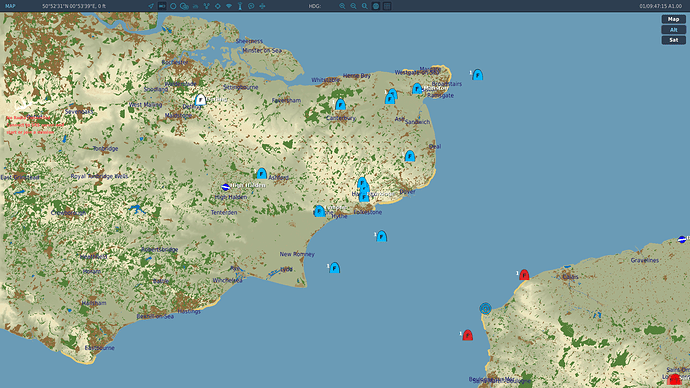 Screen_200604_2125211920×1080 1.17 MB
In France the LW are also short of BoB era airfields. The nearest to Cap gris Nez is Dunkirk followed by St Omer, Merville and Abbeville. The map extends just south of Amiens, with Dieppe to the west and Douai to the east. 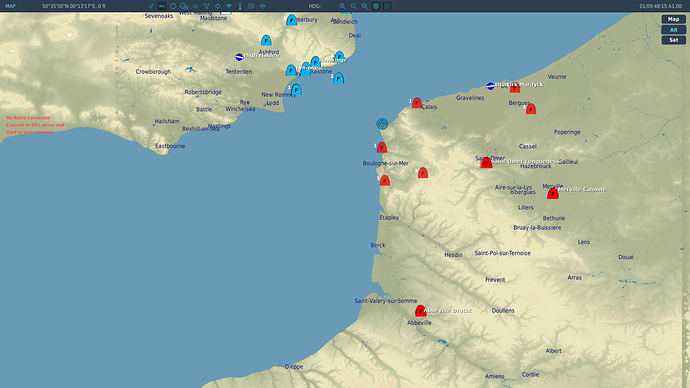 Screen_200604_2126221920×1080 506 KB
To resume this map could be good for missions that simulate the softening up of Axis targets in the Pas de Calais area prior to the Normandy landings (Jan-Jun 44), as the deception plan was to make the Germans believe that the landings would be in the Pas de Calais area, and post D-Day for the 2nd TAF to block German reinforcements moving west and from 14th June the campaign against V1 launch sites in France with ADGB operating anti-diver patrols over the Channel and southern England. Ideally the allies should have Tempests, Typhoons, Mosquitos, Spitfire MkXIV’s and the LW programmable V1’s to launch against London, plus the appropriate flyable fighters & bombers (Bf109G, Ju88, …).
So much for the historical aspect ! The map quality at ground level is astounding ! If you have Combined Arms it is really worth setting up a few driveable “FAC Forward air controller” vehicles in the mission so that a few players can jump in a jeep or a half-track and take a drive through the countryside. The variability of the buildings, fences, railings, vegetation, and accessories such as fruit picking ladders, piles of wood, piles of petrol drums hay carts, old lorries, cars is such that I drove around for an hour and never had the impression that I was seeing the same thing twice. Even just driving around an airfield is an amazing experience. Below I’ll post a few screenshots of my drive around Maidstone. 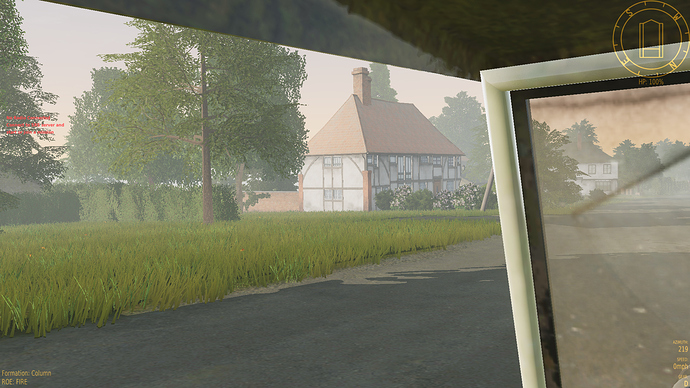 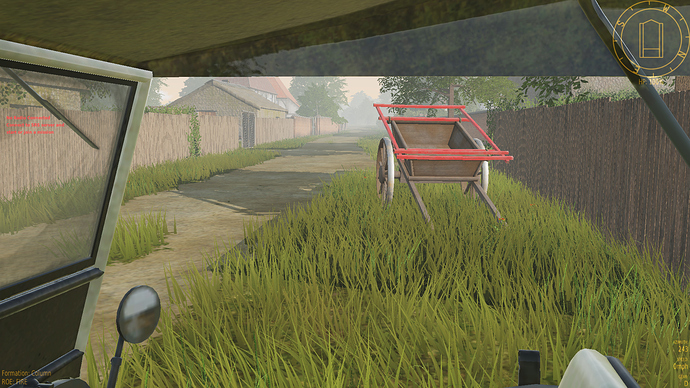 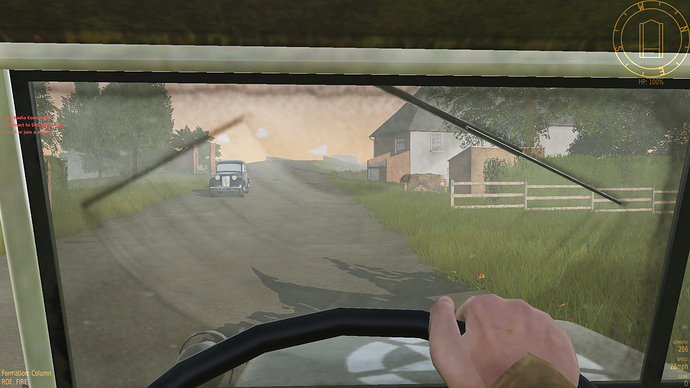 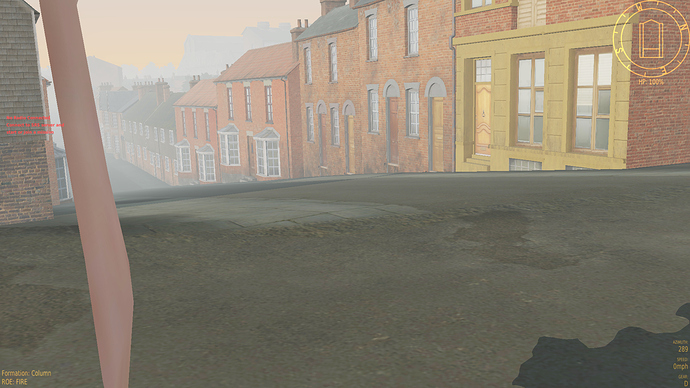 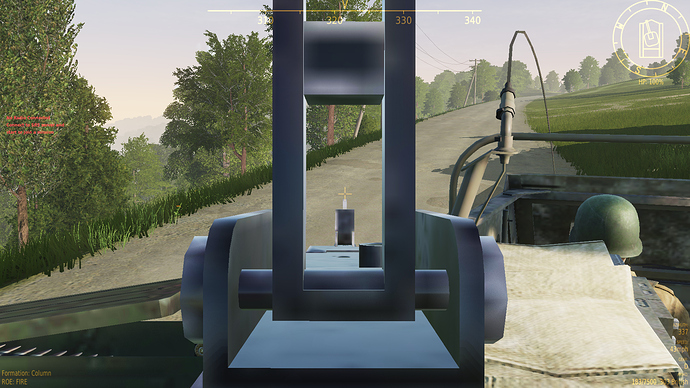 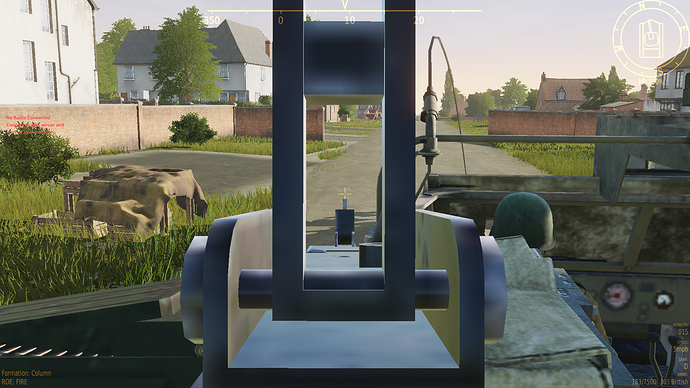 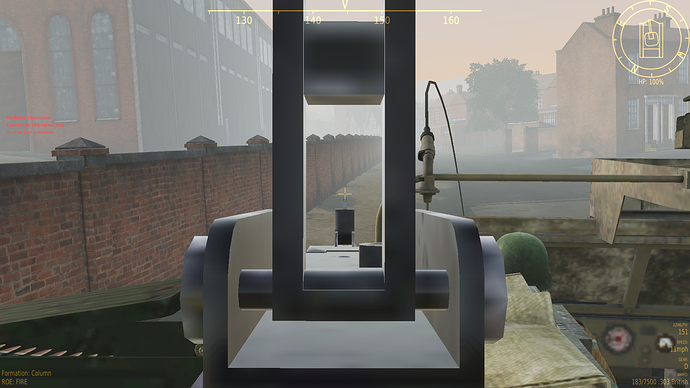 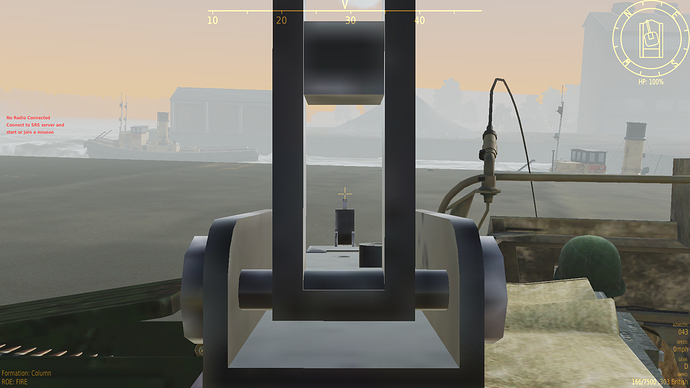 There is one howling mistake, in England the vehicles should drive on the left. It was lucky that I was driving a US left handed Jeep and used to driving on the right, as I avoided a british car coming at me on the wrong side of the road!

You mean a car driving on the right side of the road, unlike normal brits who drive on the wrong side?

Looking at the map I kind of miss the map from CoD. Sure this one looks great, beautiful detail etc, but it is kind of limited compared to what we had (ok, have) in CoD. I’ll probably end up buying it anyway eventually.

Looking at the map I kind of miss the map from CoD. Sure this one looks great, beautiful detail etc, but it is kind of limited compared to what we had (ok, have) in CoD. I’ll probably end up buying it anyway eventually

I must say it looks small from the air and it’s frustrating for those of us used to the CloD map, but in reality a ground attack and fighter sweep from Detling to targets in the Amiens area will keep you flying for over an hour and a half if you want to get back in one piece - not very different from doing the same thing on the Normandy map from Ford or Tangmere and hitting targets near Bayeux, except that you can spend less time flying over water.
Again I am sure that this is not intended as a BoB era map and we should forget about thinking that it could be used for this. The only missions the LW did offensively over southern Britain after the Blitz were high altitude photo reconnaissance flights with Ju88-P which lasted until we developed the Spitfire MkVI which engaged and damaged one in July 1942 and sneak low level attacks on southern England by Fw190 fighter-bombers, a threat which was countered by the development of the first Griffon engined Spitfire the MkXII, which flew for the first time also in July 1942. As such, in a post London Blitz period we don’t really need a map the size of CloD, but it would be nice to have the DCS Channel map extend west a bit to cover more of the south coast and to include southern London which was the target for the V1 campaign from June 44 until the launch sites were overrun in Sep-Oct.

I love the english grass