The demo is out now, check out the main site for more pics and video.

I would google for the demo, the main site only lists fileshack, 3dgamers and fileplanet which i found all quite slow.

Great cant wait, i have Rome total war and Barbarian invasion and am also about to by the new one the Alexander Expansion.
Should be good.

The demos amazing (at least the old one). the graphics and animation are top notch and its truly like going back in time and controlling true medieval knights. Ive played it a few times now and still cant get over the visuals and the close comabt fights are a thing to behold…

But this doesnt demonstrate the AI abilities yet since its just an historical scripted demo. Still the signs for the main game are REALLY good!

Bought the full game yesterday. It is glorious. I am amazed how much detail they put into this game. And it runs fine on my old XP1800, GF4800, 1,5 GB RAM. Playing on low/medium graphics settings and it still looks considerably better than Rome: Total War!

Too early for me to tell about the tactical AI during battles or the strategic AI in the campaign.

If you haven’t tried any of the Total War games yet, you should at least give this one a go.

Its incredible. And on Very hard battles (which is not hardest but more [i]realistic[/i] its an incredible joy. AI is way better than RTW and MTWoriginal. Campaign AI pretty good too but too early to say for sure.

Graphics, well it`s like being there. Gloomier, darker look. RTW looks like a cartoon compared. There are alos DOZENS of nice little touches with diplomacy and every aspect of the game.

I may pop in a screen shot. In fact I was so impressed I bought the company.

Actually, no, I just did a couple of quick pics for it instead…

Ill admit they are cartoony, but thats my style. 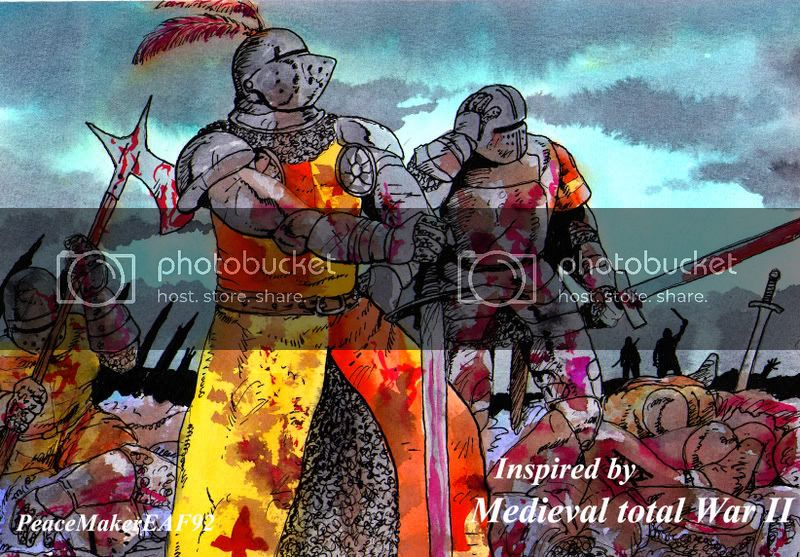 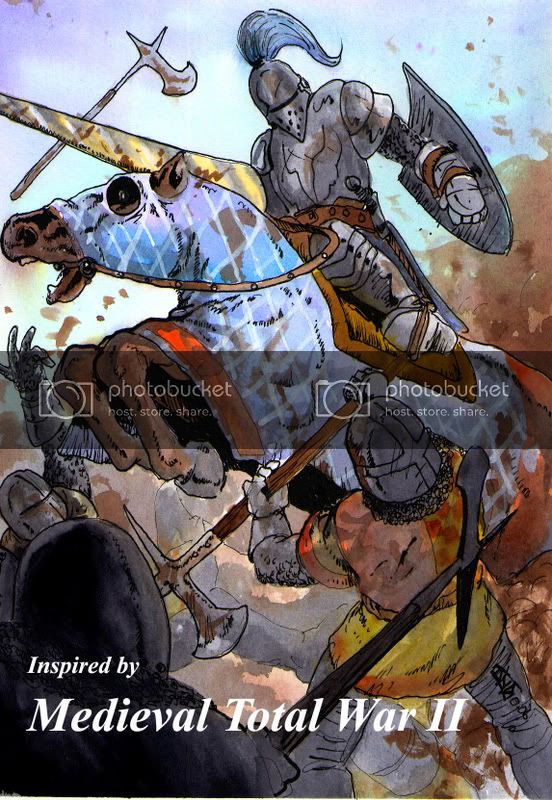 Demo: I downloaded and installed it, but it does not run

I simply get this windows-error mesaage and if I want to send a report.

This is a must get for me but i am still fighting my way through the latest dawn of war add on.

I am currently most way through conquering the world in RTW, i have the barbarian add on but not installed it for fear of losing my existing campaign. So i cant buy the medival till i played that.

Evil Inquistadors in M2TW. And the pope keeps meddling in affairs. Here I am perfectly and quietly slaughter the danes, and he tells me to stop for 7 turns unless I wanna be excommunicated. And then when the dastardly poles attacks me, he tells me to back off then too. Oy!

I’m tempted to sail a ship with a bunch of longbowmen down to Rome and ambush the pope (he tends to run around around Rome with a small army). Teaches him to excommunicate me. Hah!

My current main campaign is as England. I’ve conquered the strip of land from Britanny to Frankfurt and Hamburg. France is currently being gobbled up by the spaniards, and the Danes wiped out the Holy Roman Empire.

The patch is out for the full game, details here:

By the way, meako, the Total War series is a different creature to RTS than you may think. In fact, its not really an RTS. For example, in battle your cannon fodder have some brains and if they are tired, surrounded by too many enemies or see your General die... They will run. They wont just say retreat like in Dawn of War but still fight, the TW troops will say screw you and run.

Neither can you churn them out enmasse. They are recruited and set up properly and realistically.

You gotta treat your men a little more humanely for them to work for you.

But that`s just one of the great things of the series.

Peace, are you telling me that they got rid of the lame turn based naval battles? Please tell me so!!

Oh no. Im afraid naval battles in MTW are still autocalced if thats what you mean. It`s just that pre-patch naval ships never seemed to to do seaborne invasions, now they do.

I dunno, with the amount of land battles you have to do, actual real-time sea battles would take up a lot of extra time. Be nice though.

I’m tempted to sail a ship with a bunch of longbowmen down to Rome and ambush the pope (he tends to run around around Rome with a small army).

Yes, MadDog I have used this tactic after I held 14 of my province’s in RTW and annihilated the Papacy.

Luckily I was not playing a Christian Nation or they would have Rebelled and sent a Crusade through my lands.:eek:

I dunno, with the amount of land battles you have to do, actual real-time sea battles would take up a lot of extra time. Be nice though.

Why not more time, Total War games usually take me about a half of a year to play.

By the way do you have Medieval 2 TW, and how is it?

MTWIIs what Ive been talking about, my man!

G3 continues to be gorgeous level 40-something now but I do like a pitched battle at Christmas. The in-laws yes