Thanks to a bad flu

i binge watched it!

It’s not perfect, but enjoiable!
It doesn’t stick to the old moovies or books (i read 3 or 4 not all) but seems more a what if Rayan was born now instead of the cold war, and it makes sense.

It’s not just packed action and intelligence, but it also rises some questions, unlikely it doesn’t take the time to replay to them!

if you want to read more check here 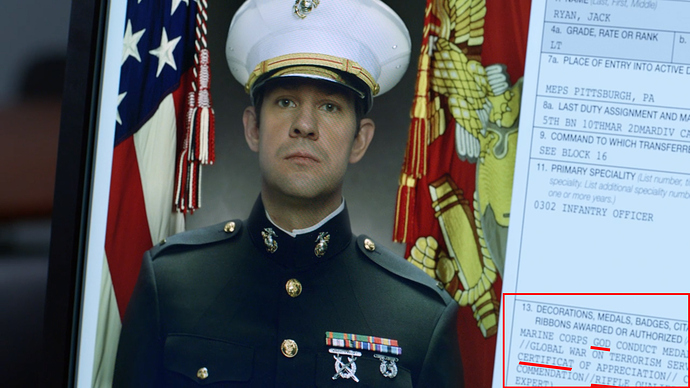 I’m 5 episodes in and enjoying it so far. Not perfect and there appears to be a political agenda at times. I guess the content would be hard to convey otherwise. But it’s good entertainment so far. Worthwhile, IMO. Episode 1 spoiler:

ON mudspike forums ther’s the SPOILER function that allow to mask spoilers!
(sorry for the advertisment Mikke)

So it’s a bit like Netflix Shooter, where they move the history a generation ahead (in the books, Earl Swagger, Bob Lee Swaggers father, fought in the pacific in WW2, Bob Lee in Vietnam. In this latest series the father fought in Vietnam and Bob Lee in Afghanistan/Irak). Worth watching anyway even if the plot is somewhat far fetched (especially in the later season).

About Tom Clancy books, the one I wish they would make into a movie is Without Remorse, set in the correct time period (70’s).

I watched the first series of shooter, may be it’s because i’m more commected to the jack ryan character, ut the latter imho is far superior…

yes it’s a reboot! (Like the one they tried with the movie with ? And keira nightly)
and instead setting it in the old war they put it now…
probably the cold war paranoia and the original setting would have made a better product! (Have you seen the americans?)

ps didn’t knew the shooter was originally made in novels…

The Shooter series of novels (both about Bob Lee and those about his father) by Stephen Hunter is generally pretty good, I haven’t read all books, but most of them. I do like them better then the movie or the serie.
The Jack Ryan movie (Shadow recruit) is kind of a mix of the books about the original Jack Ryan and the later ones about Jack Ryan JR (son of Jack Ryan), background (heli crash, CIA recruitment) and supporting roles (future wife being a doctor, played by Keira Knightley) is from the originals, but I think the story is more in line with the later stories about Jack Ryan JR. Again, I prefer the books.

I started watching the Americans but haven’t seen it all and it’s been a while since I last watched it. Also pretty good, some of the plots is a bit over the top, but I love how they have made the early 80’s come back to life.

The book with Bob Lee Swagger is worth reading.
I read most of the books about Jack Ryan and the movies fall way short, but I will give it a try.

But for those who are into this stuff I can seriously recommend the series “The Unit”!
Loosely based on the Delta Force.
I really like the way they move and handle their weapons.
The first two seasons are excellent. After that the intrigue stuff begins to take over.
It’s a shame that writers behind modern tv series needs to make it all about intrigues and less about teamwork and friendship.

Some TV series are worth to be seen. Here a list that I enjoyed during the past two years.
If you need more info about each series you can easily found them in internet.