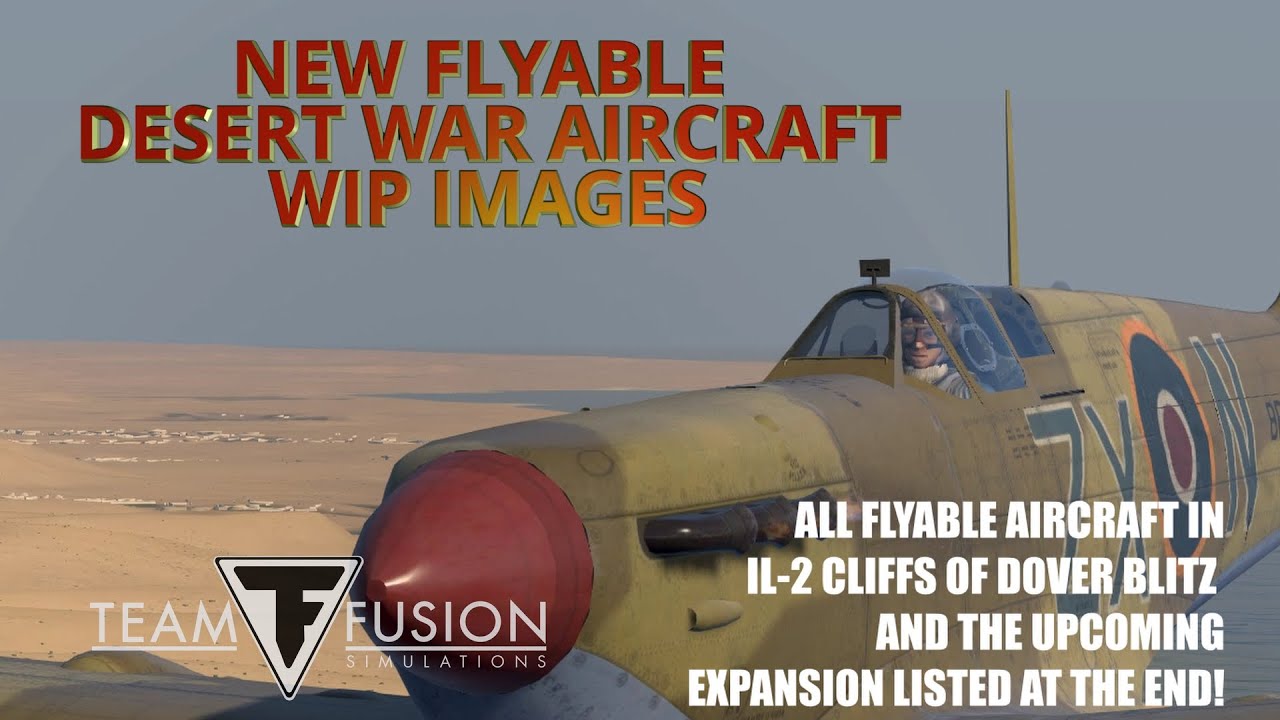 I am bewildered by the number of versions of each aircraft type offered as most players will take the best performing version unless they are severely limited in numbers in a mission. It doesn’t say if the cockpits are clickable, so I guess they are not. On the plus side there are some interesting new aircraft to fly like Hurricane II, Martlet, Dewoitine, Tomahawk, (the Spitfire V HF never existed)… but again the interest is mainly to discover the different aircraft not necessarily to use them all the time. All will depend on the business model, which aircraft are free, which are payable and if campaigns will lock out certain variants for historical accuracy.

All aircraft are in COD Blitz + Afrika and all flyable and included, no Collector planes

20% of the aircraft are the Bf109. Most of the aircraft already exist from CLoD anyway. The cockpits will be clickable, they already are to a certain extent as that was one of the things from the original.

To launch without VR support is criminal these days. We’ve been waiting around 6 years for this release and they say they can do VR within a couple of months…so why not just wait a couple of months and release it with VR?

What bugs me most is this means that there is no BoX North Africa scenario. That annoys me because I believe they would have done it a lot better with updated graphics and proper VR support.