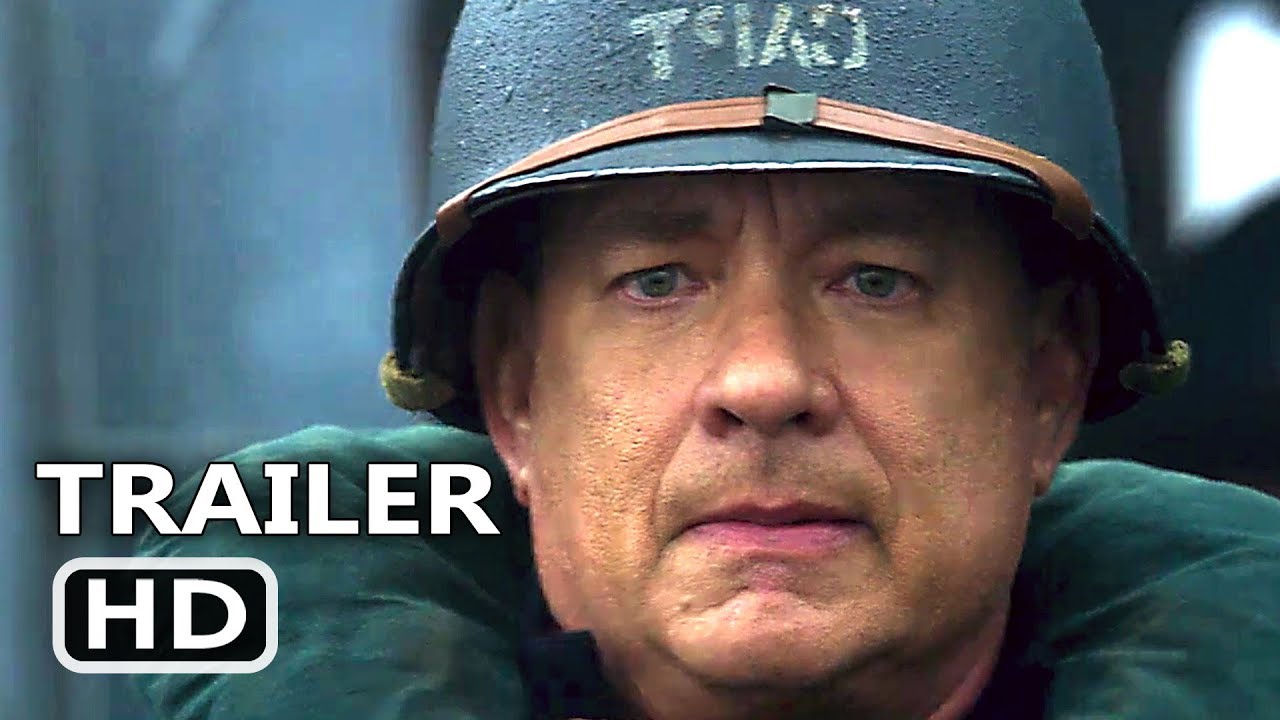 What is it, a spot for World of Warships?

Greyhound is streaming on apple tv!

Having bought a mac i have a year for free!
but you can probably have a 7 day trial!
(to this you can add defending Jackob which was cool)

the movie is action packed and depict the battle for atlantic!
having seen a lot of submarines movies it seems the destroyer is the easy part and has all the advantages! well it is not!

Based upon the novel “The Good Shepherd” by C S Forester, this is the thrilling story of the leader of an Allied convoy crossing the North Atlantic in 1942 as he faces relentless attack by a Nazi submarine wolf pack. The leader of the convoy’s destroyer screen is a US Navy commander making his first Atlantic crossing. The story focuses on the his command responsibility as he fights the cold, the relentless night, the brutal sea and his deep fatigue as he chases down the attacking submarines in the deadly game of cat and mouse. The exciting story, a thrilling ride-along with the beleaguered captain, so deeply portrays the elements of battle command that for a long period of time the book was used as a text at the US Naval Academy.

was not perfect but liked it!
ther’s the battle seen from the destroyer
the tactics used
the pathos
the difficulty of being in charge and taking hard decisions

watch it after seeing das boot

his take on first 21 minutes of the movie…

I realise that these things all make for good drama, action and excitement, which equals ticket sales. But I am disturbed that there are so much “made up stuff”, when there is no need for it. Given that the film probably cost $20M, they could have at least given their CGI artists a handful of books to research some actual details.

I’m afraid movies are generally lost on me. I’m too critical and generally can’t stand them. I think I’ve managed to sit through about 10 movies in my life. War / science movies are the worst, because I know a bit about the topic. Sorry.

Just watched on netflix an old black and white movie

it’s called Cruel Sea
not spectacular as greyhound but tell’s the battle for the atlantic much better! Just finished watching it, one of the most true and Great War film I ever watched! Thank you!