GPU woes - or how much is better graphics worth?

As some of you might know, my old PC died in late 2020, CPU and motherboard was both fried, so I built a new PC on the ruins. So I went from a i7-4770 to a Ryzen 9 5900, with new RAM etc. But, I didn’t get a new graphics card, everything interesting on the graphics side was both unobtaium and very expensive. So I kept using my old R9 290 which is at least 5 years old, maybe even over 6 by now. And it works, I can run DCS on most maps on flyable levels (though with turned down graphics, and unplayable framerate on the worst map), but on 1440 at least.
I kept hoping that prices would go down to what AMD said they would cost at launch, but that doesn’t seem to be happening.
When the cards where launched I planned on getting a 6800 or maybe a 6800 XT (the first one would be roughly same tier as my 290 was when I bought it, for under 4000 SKr/€400-), but prices went through the roof and the cheapest available 6800 XT here in Sweden seems to be around 12000 SKr, the non-XT 6800 just below that, and that makes the step up to a 6900 XT small, currently cheapest easily available 6900 is 15500 SKr. Nvidias similar available cards is even more expensive, their cards that is a tier below is a bit cheaper, but not a huge amount.
So, I’m starting to seriously considering buying a €1500+ GPU.

But, is it worth it. Or should I try to hold out a couple more months and hope that availability and prices comes down? But I think that might be a long way away, and I honestly don’t think I will ever be able to buy a new graphics card that I want for anywhere near the prices of 2014/2015. And I’m starting to suspect that my current card is on it’s last leg, I have graphic glitches (not only in DCS that is kind of expected), but also in graphics in other ways. I could of course buy a slightly simpler card that is probably good enough to run DCS at 1440, but…

So, just a lot of text with no really interesting content unless one of you are or have been in the same situation.

Mikke, the prices probably will not go down until the next generation of GPU wil come up and even in this case, with the two manufcturer switching production’s line from old to new cards the drop will not so remarcably.
My 2 cent, as soon as You will found a good 6900XT (within two months AMD will put out a 6900XTX to counter and beat Nvidia RTX 3090) probably will be Your best choice perfomance/bucks.
Try also the AMD drop from the official AMD site, usually on thursday…
Nvidia are too much expensive, a 3080 is a good card but has only 10Gb of VRAM…the 3090 is simply “a not for gamers card”, geared towards professional users and the price reflect this.

Mikke, I switched from my old GTX1080 to a RTX3070 FE almost one year ago (bought from UK on ebay for about 750€). I definitely apreciated the changes in performance.
So, if you are coming from an obsolete card I’m pretty sure you wont be disappointed even with the basic RTX. Though, I don’t know what is quotation for same model nowdays 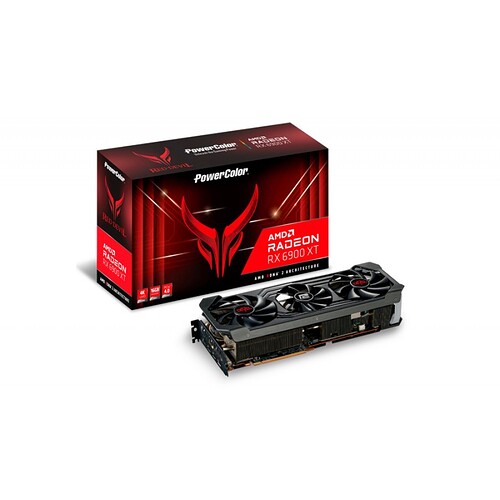 If You search probably there are also lower prices for 6900XT and 6800XT and even RTX 3070.
I will not going down this baseline…
This are the AMD drop prices…if You managed to get one…

Yes, when they released them I thought the drop price on the 6800 XT was a bit high, but the non-XT was manageable. The problem I never saw them in stock at those prices anywhere, and now I’m starting to consider €1500 for a 6900!

Funny thing, on the day that the 3090 was released (over a year ago IIRC) I was at a electronics store to buy a cable, and the customer before me was looking to buy a 3090. I thought he was a bit crazy considering the prices for them. They had not gotten any to the store though, and to be honest I don’t think they ever did.

To take Radeon at MSRP You need to catch it during the AMD drop, usually on Thursday from 15:00 CET. It’s difficult, pretty impossible but sometimes happen

Your reasoning about wich GPU buy is correct, a 3070 is a good choice if You manage to found it at max 600€, over is not worth it.
6900XT beat 3080 apart in DLSS or raytracing games but AMD push out SFRX that can compete with DLSS and very few games are RT so…
DCS probably for at least 5/6 will be not one of these so who care?

If they dropped today, I was too slow, at 15:35 I realized that I should check, but nothing for sale there now.

No luck with the AMD store, so…
Now just the wait.

Tweaked the settings a little (as in setting a lot of the graphics to high) and was still steadily well above 100fps on Channel map, and 130-160fps on Caucasus. Running with Freesync on at 2560x1440, 144Hz monitor.

So I guess I’m quite happy after all, I will try to forget how much I payed for it. I should probably do a little more tweaking of graphics, but for now it’s ok.

Oh, and my graphics glitches while flying the Spit (and other planes) that started after 2.7 patch seems to be gone. I suspect my old graphics card had either heat issues of was working too hard post 2.7. It might have been on the last leg really. That was one of my reasons to I wanted to get a new card now instead of waiting to see if something cheaper would show up.

welcome in the band of gpu slaves/wores

having bought an expensive card aswell i will avoid to ask how much you paid it!
but happy you’re enjoying it!

if you want to squeeze the last fps out if it and spot some bandits i know joker has a 5600x and a 6900xt and can give you good hints about best settings!
@EAF51_Joker

Congrats on the new card.
I am also LOOKING for a replacement for my RX480, after upgrading my system to Ryzen 7, 32 Gb and buying a new 4k screen, then buying the quest 2, with cable link, a Wifi 6 router to play without the cable, buying some rudder pedals and all this just to play DCS. oeffffff my wife will kill me if i spend another +1000 euro for a new card. but i need it so badly

Everything that helps is welcome, but what is Rage mode?

Is a set of settings that You config in the Adrenaline’s radeon software to push clock, vram and power consuption to achieve more FPS.
But before we start You need to tell me the temperature that Radeon software show during a normal session of DCS.

Thanks I’ll try to get that information

With the new graphics card I get steady framerate well over 100fps on Normandy and Caucasus, on Channel map it seems like it sometimes dip below 100, but mostly over.
Coming from at most slightly over 40 fps, I don’t really feel a need to try to push the card any harder at the moment.

Think about The Channel have 8 times the objects that are on Normandy and You could guess how the new ED’s map technology is promising.