I would like to bring to your attention a short filmed sequence taken from my attempted flight on DCS where there is an annoying flickering video effect. It should be noted that this phenomenon occurs only on the Buddyspike Blue Flag server on the Normandy map, while both single and other servers, on maps also different as Caucasus, the problem does not exist. For the purpose I also attach technical specifications related to my “seasoned” PC and some screenplay related to the Task Manager when I connect to DCS. 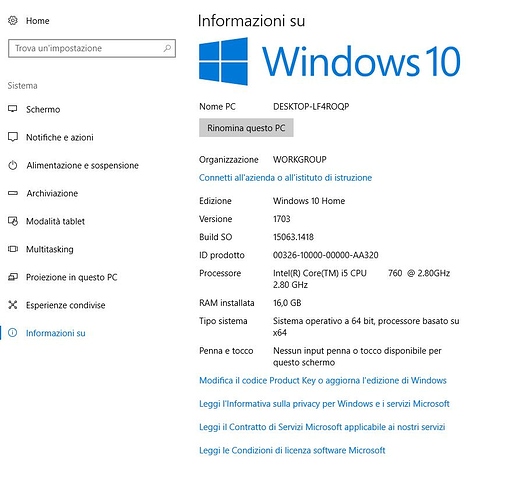 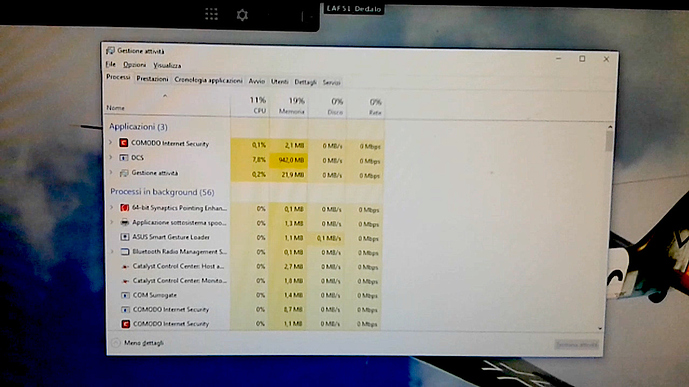 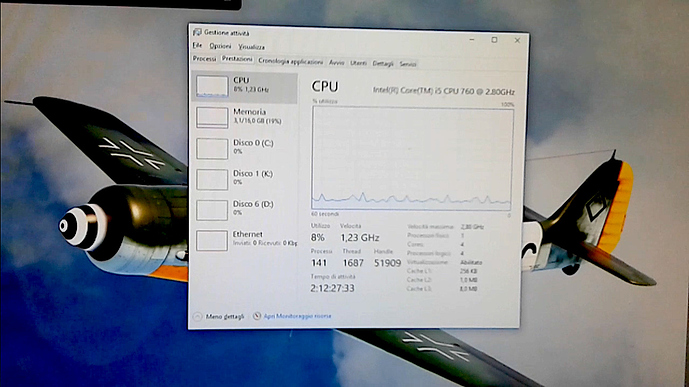 are the video drivers updated? this was a bug introduced some time ago in DCS, but they said it was fixed

and why you are still on windows 1703? latest is 1809, try updating windows also

Hi Finch,
my windows 10 was installed by the technician to whom I usually rely. Some time ago it appeared the scitta to activate windows 10 and it caused me some serious annoyances, therefore I have brought him in assistance and they have proceeded to resolve the problem. A little while ago I tried to update the version of the operating system through the “assistant”, but the upsate was not successful. I will ask for clarifications in this regard because I paid 20 euros for this service. I have to deduce that the installed version is not original and I honestly don’t know the tricks of the trade, even if they exist. Unfortunately I am temporarily unemployed and I have to save on everything, otherwise I would have already changed the whole PC, but I have no funds to do so. Obviously the configuration and the technical features, now obsolete, create the problem that I have brought to the attention. I’ll see what I can do. 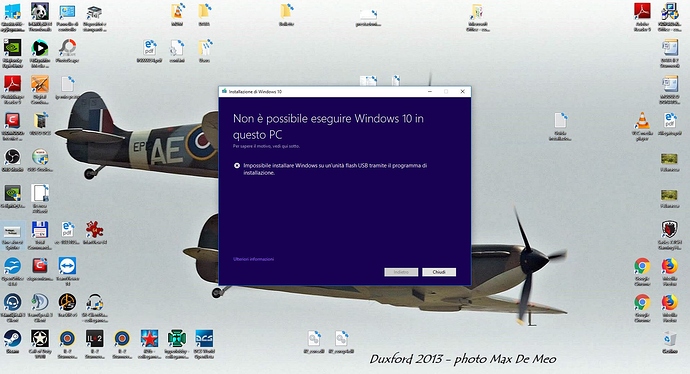 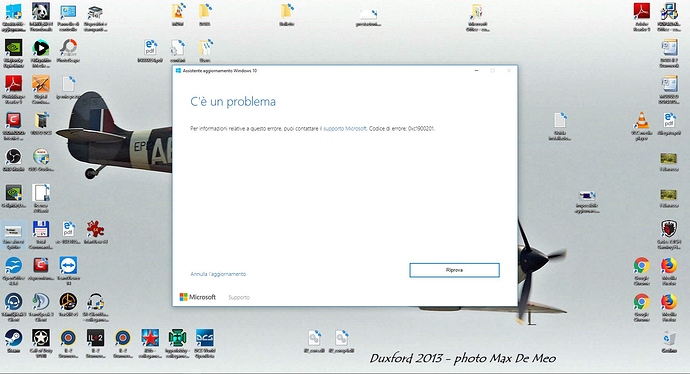 Hi Luft,
CC Cleaner, as you know it has two versions. A free trial and a paid pro. It is the cat that bites its tail, because there is no tripe for him.

I see that you have teamviewer, if you want I can help you

When you want and you can…

I could not see the video, but I have occasionally also had flickering (dark-light flashing more or less) problems in DCS. IIRC it has happened both on Caucasus and on Normandie map, and I have had it happen both when someone else was hosting as well as (at least once) when I hosted myself. I think my flickering have been related to something in certain missions. The first time I experienced it was in a mission hosted by OD and that time I asked if anyone else was getting it, but that was not the case. The time I got it when I was hosting myself it was on the Normandie map on a mission I used to host, but after some edits to the mission I got that flickering (no-one else was in the mission at that time).

I haven’t had it happen the last month +, but I haven’t flown all that much and it wasn’t common before either.

Thank you very much Mikke. I immediately try to put your suggestions into practice.

Dear Mikke,
I followed as closely as you suggested. Carried out both Cleanup and Repair, but unfortunately the problem is always present.

Now I could see your video, it reminds me of what I got, only much worse.

Do you still only get it on Buddyspike Blue Flag? That sounds like it’s mission related as it was for me (not sure I can find the problematic mission anymore, so I can’t test).

The problem continues to persist solely and exclusively on the Buddyspike Blue Flag server.