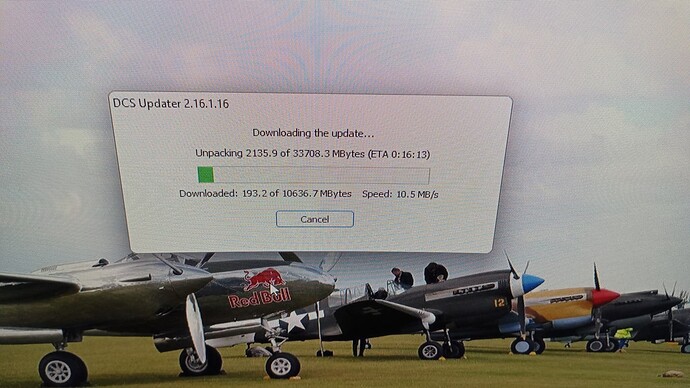 Something unusual with this patch, when install finished, it wanted me to reboot the OS before running the game!

Didn’t say anything about it on the server install though.

The server didn’t ask anything…I think was binded with the sanitization of some files that become locked after the patch.

I’ve read it’s cause of some new C++ libraries which come with this update. If those on the local pc were older and thus got updated, a reboot is needed.

my feeling in VR

don’t know why!
Note those are feelings not real benchmarks

My are opposite, better performance in OpenXR (loss of 5 to 6 fps and some ms in time frame under SteamVR). Apart this quality is the same but in this case I run maxed out DCS settings so quality must be pretty the same.