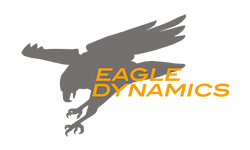 The Freya and Würzburg Radar Systems By Will Pearson

On 18 December 1939, 24 RAF Vickers Wellington bombers launched a daylight attack on German supply ships operating out of Wilhelmshaven Kriegsmarine base. The objective was to prevent the tenders supporting U-boats in the North Atlantic. Unfortunately for the RAF, an enemy ‘Freya’ radar unit detected the formation at a range of 113km. For the time, this performance was extraordinary – and from a British point of view, it was extremely bad news.

Named after Freyja, the Norse goddess of death and destruction who could see in the dark, early Freya sets were not able to establish a target’s height. In this case, it made no difference: Luftwaffe ground controllers rapidly vectored Me 110 and Me 109 fighters onto the attackers.

Of the 22 Wellingtons that made it to the target, 10 were shot down, a further two ditched into the sea, and three more crash-landed on return to base. One of the earliest in WW2, the raid was an unqualified disaster for the RAF – and had a huge impact on the subsequent air and counter-air strategies of both sides. It gave the lie to the fondly held pre-war British dictum: ‘the bomber will always get through’. It taught Bomber Command that daylight bombing raids were a singularly bad idea. And last but by no means least, it highlighted the vital importance of radar in war. 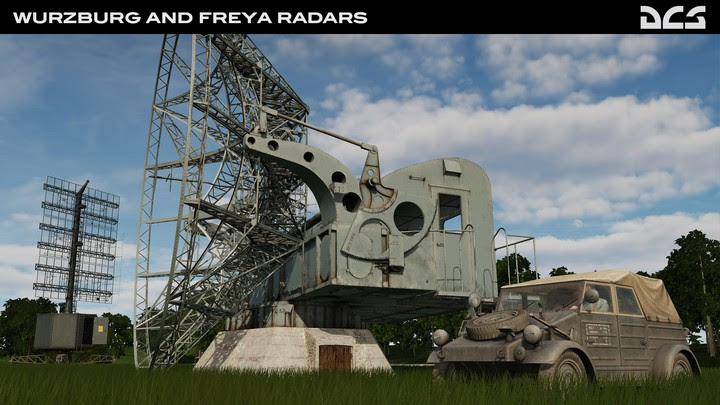 Having learned the lessons of Wilhelmshaven, the RAF switched to night bombing raids against targets in Nazi-occupied Europe and Germany. Even so, Luftwaffe pilots were still inflicting terrible – and wholly unacceptable – losses on the Allied aircraft and their crews. In 1941, a total of 5,427 British, Commonwealth and Polish aircrew lost their lives.* The attrition rate was making the whole strategy of night flying pointless. 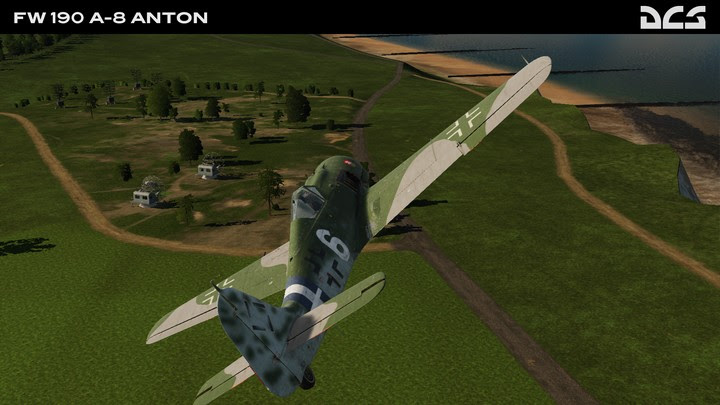 Despite operating in darkness, the Bf-110 pilots seemed to have an uncanny ability to seek out and destroy the RAF’s bombers with their twin Mauser MG 151 20mm cannon and quad MG 17 7.92mm machine guns. And yet, until later in 1942, most Bf-110s did not have effective onboard radar. How were they doing it? The answer was the Kammhuber Line. Named for the General who pioneered it, this was a highly sophisticated Ground Control Interception (GCI) night air defence system codenamed ‘Himmelbett’ (four-poster bed). Himmelbett’s Freya radars detected incoming Allied aircraft at longer range; these targets were then passed on to a pair of smaller, shorter range but much more accurate ‘Würzburg’ radars. With a new conical scanner, the ‘Würzburg D’ model introduced in 1941 achieved a remarkable accuracy of 0.2 degrees in azimuth and 0.3 degrees in elevation. One Würzburg unit tracked the Allied bombers, while a second guided the aircraft sent to intercept them. By co-ordinating the Freya and Würzburg radar returns with a map display and R/T, Himmelbett ground controllers could direct night-fighters close enough until their pilots had a chance of seeing targets with the Mk 1 human eyeball.

All radars are only as good as their operators, and this was especially true of the early Würzburg. In principle, there was nothing to stop it detecting aircraft at very low level. In practice, it is hard to say how often that happened. The fact that Mosquito pilots routinely crossed the Channel at wavetop height suggests that in the right hands, the Freya-Würzburg combination could otherwise detect them. 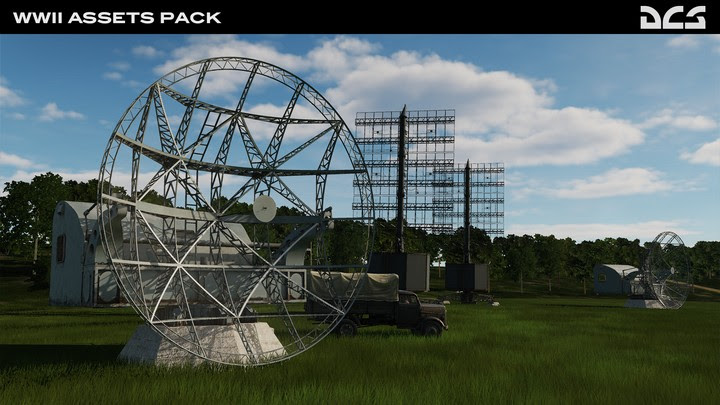 A deadly combination for allied bombers

The smaller, early Würzburg shortly gave rise to the Würzburg-Riese, or Giant Würzburg. This was so accurate it became the main gun-laying radar for both the Luftwaffe and the Heer (German Army). When coupled with multiple flak and searchlight batteries, this particular giant was anything but gentle. More than 4,000 Würzburg units were in service by the end of the war.

British boffins understood the basics of the Freya system. They knew a lot less about the Würzburg. With Allied aircrew losses mounting ever higher in the New Year of 1942, and the enemy improving both the Freya and Würzburg systems with every passing month, something had to be done. 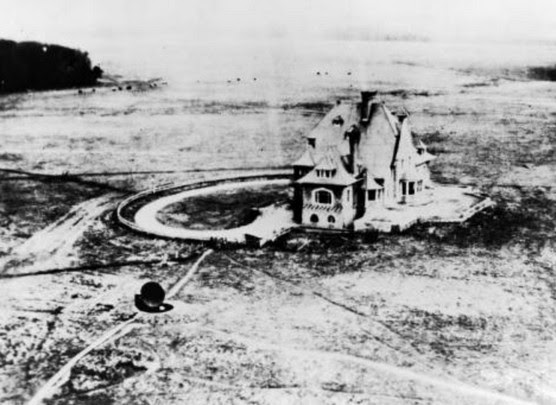 Examining the photographs, the Air Staff’s Chief Scientific Officer noticed that there was a small beach at the foot of the cliff below the installation. What, Dr. R.V. Jones asked himself, if a Commando unit simply went in and grabbed the Würzburg, lock, stock and smoking dipole?

The French Resistance had reported that a German garrison of about 200 radar technicians and protective infantry was housed in and around a large Gothic-looking ‘farmhouse’ named Le Presbytère. This lay about 100 meters north of the Würzburg. The Resistance passed on another very significant piece of intelligence – the beach below was not mined.

Head of British Combined Operations Lord Louis Mountbatten approved the plan to snatch the radar – but not as a beach assault. Charging up a cliff face, even in the dead of night, was too risky. Instead, a unit of the newly formed 1st Airborne Division would parachute onto the target, and, with a spot of luck, catch the enemy garrison by complete surprise. The planners chose C Company, 2nd Battalion, 1st Parachute Brigade for the top secret raid. It was codenamed Operation Biting.

On a still, freezing night, Whitley bombers from No. 51 Squadron dropped 120 Paras led by Major John Frost onto the snow-covered target. They also dropped a radar expert, Flight Sergeant E. W. F. Cox, to tell the Paras which bits of the Würzburg to take. A cinema projectionist in civilian life, Cox had to undergo a crash course in parachuting before the drop. Confronted with an example of extremely robust German engineering, the Paras used crowbars to rip important bits of the radar off its mounting, with Cox trying to stop them from smashing the all-important valves.

The first ‘Commando’ raid of its kind, Operation Biting was a brilliant success. Not only did the Red Berets grab the most important parts of the Würzburg, they took three prisoners, including a German radar technician who had been dozing in a control cabin when a large, hairy Para burst in and stuck a Sten gun in his face.

Now under heavy fire, the Paras lugged the whole kit and caboodle down to the beach, where Royal Navy landing craft armed with Bren guns suppressed the enemy fire and took them off. Four destroyers and a flight of Spitfires escorted the triumphant raiders back across the English Channel. 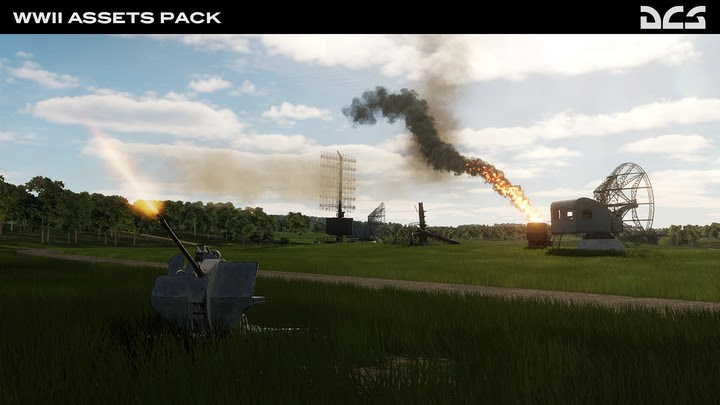 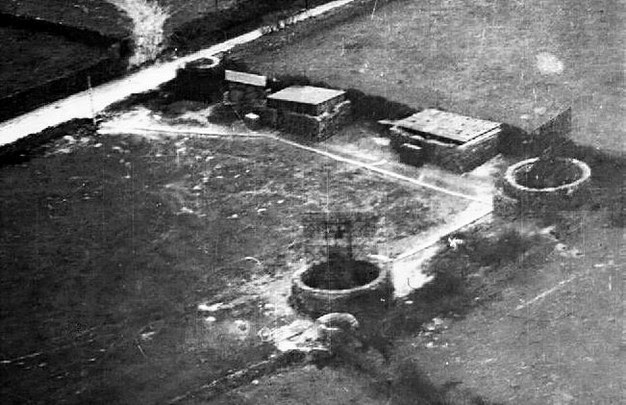 The radars proved difficult to find and destroy. There were many raids on radar sites all along the channel coast to mid-1944. 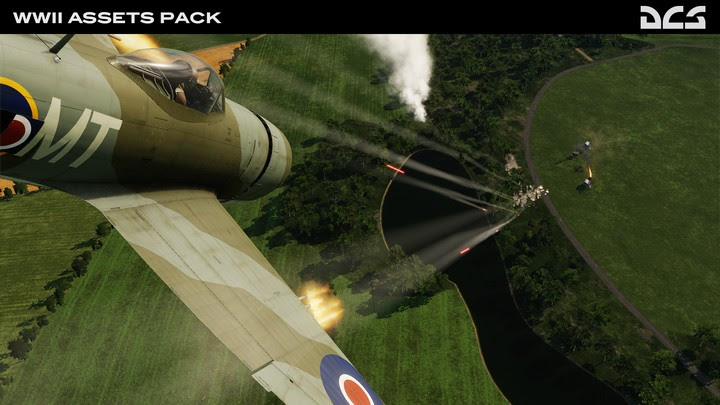 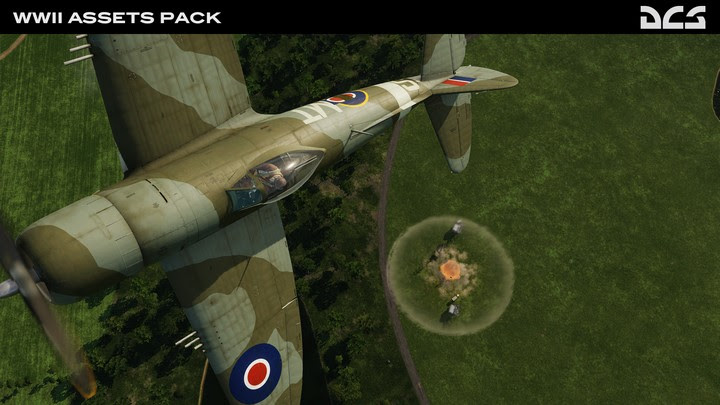 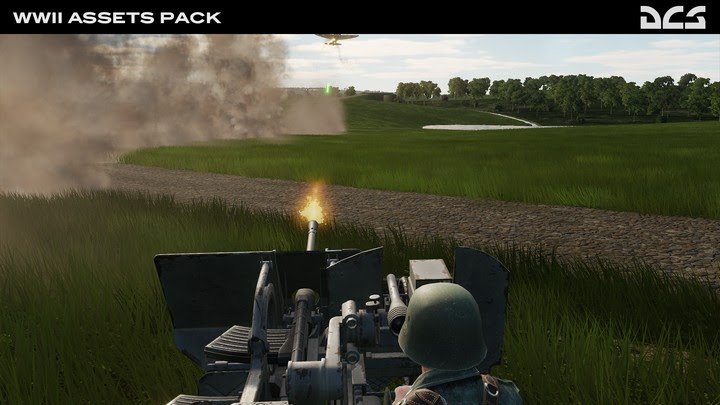 Once they had built their own copy of the radar, (with a little help from some of the new, ovenproof glass ‘Pyrex’ bowls) British scientists were able to work out how to counter the Würzburg D. New methods included a white noise radar jamming system known as ‘Carpet’, and later in the war, a much more advanced ‘angle deception’ jamming technique that fooled the Würzburg’s ‘Quirl’ (Whisk) conical scanner into believing a target was off to one side.

They also developed a method of countering the Freya codenamed ‘Moonshine’. A box of electronic trickery re-transmitted a greatly amplified segment of the Freya’s signal. Equipped with one Moonshine set apiece, a flight of eight Special Duties Flight Boulton Paul Defiant aircraft could mimic a formation of 100 Allied bombers, confusing the Himmelbett air defence system.

Early in 1942, a Welsh researcher named Joan Curran came up with another brilliant idea: why not drop bundles of thin aluminium strips half the length of the target radar’s wavelength from RAF bombers? The Würzburg – and other enemy radars – might read this decoy as one – or more – Allied aircraft, allowing the real bombers to escape detection. Originally known as ‘Window’, in essence this system of radar jamming is still in use today. We call it, ‘chaff’.