As you’ve read, mod v 4.01 is just around the corner and I have been using the waiting time gainfully!

Rather than just release a single mission pack of 30 missions, I will also be releasing REDUX style versions of two fully fledged Malta campaigns to go with it! 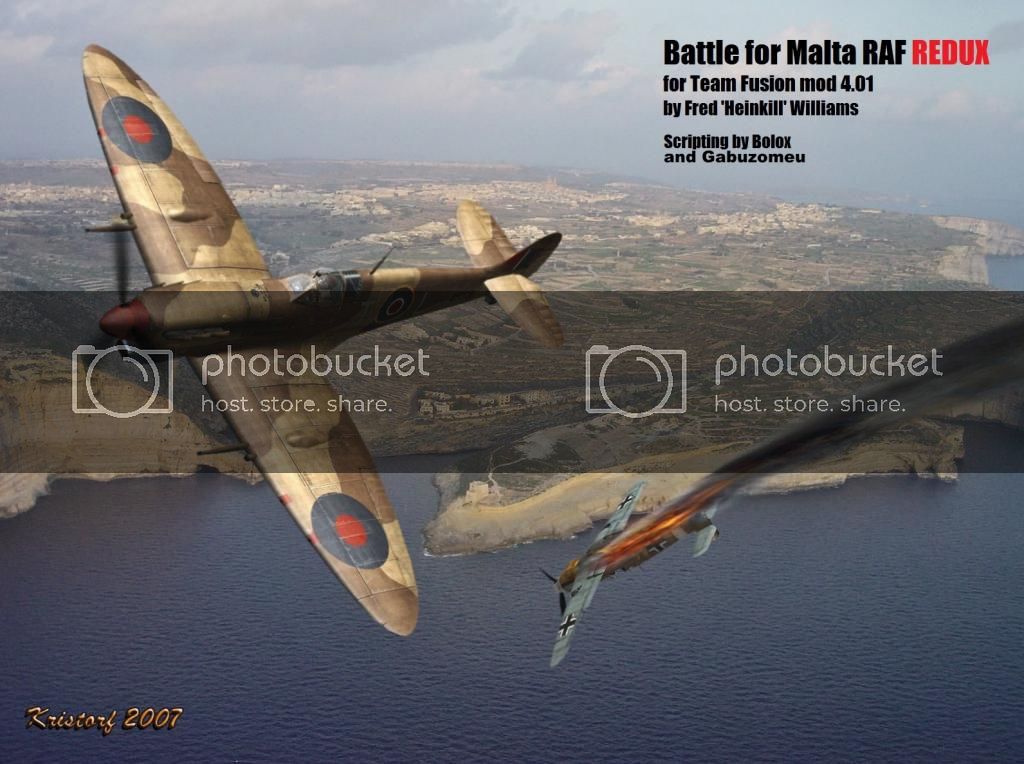 But wait! That’s not all. Axis aircraft fans can fly the G.50 from June 1940 in a full REDUX style campaign, moving to the Bf109E4/n in January 1941 when Fliegerkorps X arrives over Malta. 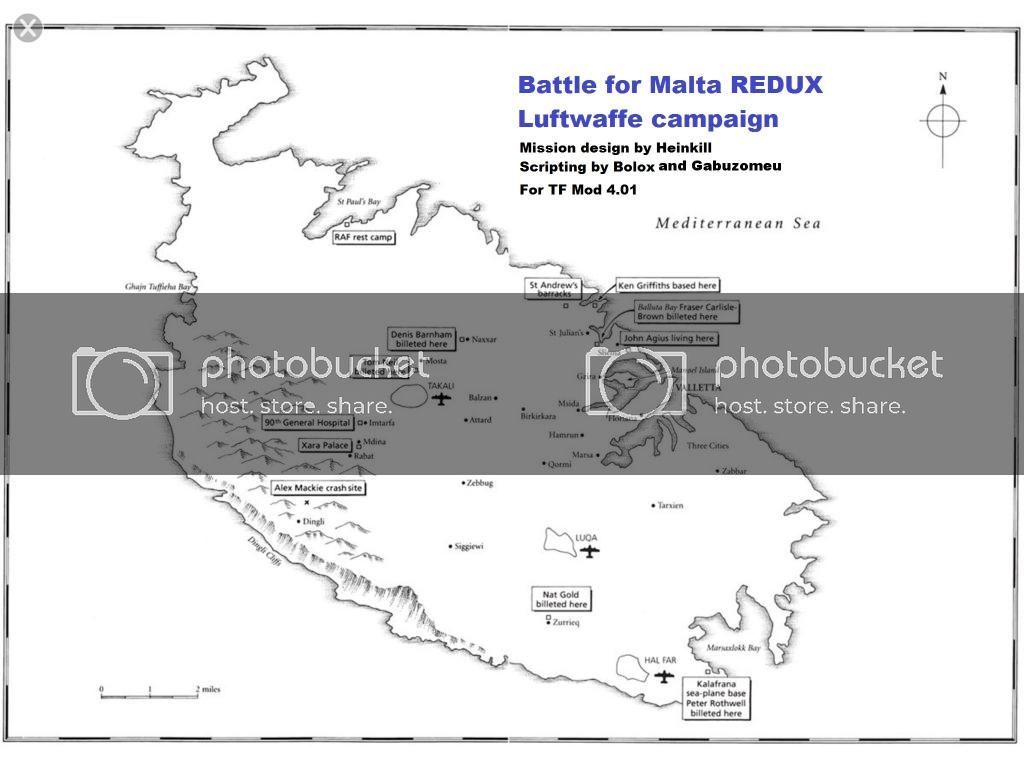 And don’t forget the single mission pack that started it all. These 30 missions are historically based, featuring individual briefings, sorties and targets for every flyable aircraft in the mission

Uses the existing CoD channel map (TF Mod Autumn) to stand in for Malta and the Med. Totally populated island of Malta with 3 airfields created (Hal Far, Luqa, Takali), two in ‘Sicily’ (Trapani, Catania), Taranto port and airfield in ‘Italy’, plus Alexandria port and two airfields in ‘Egypt’, and Tripoli port and airfield in ‘Libya’. All AAA emplacements on Malta placed according to historical records of available barrels during the period, AAA intensity increases as the campaign progresses. 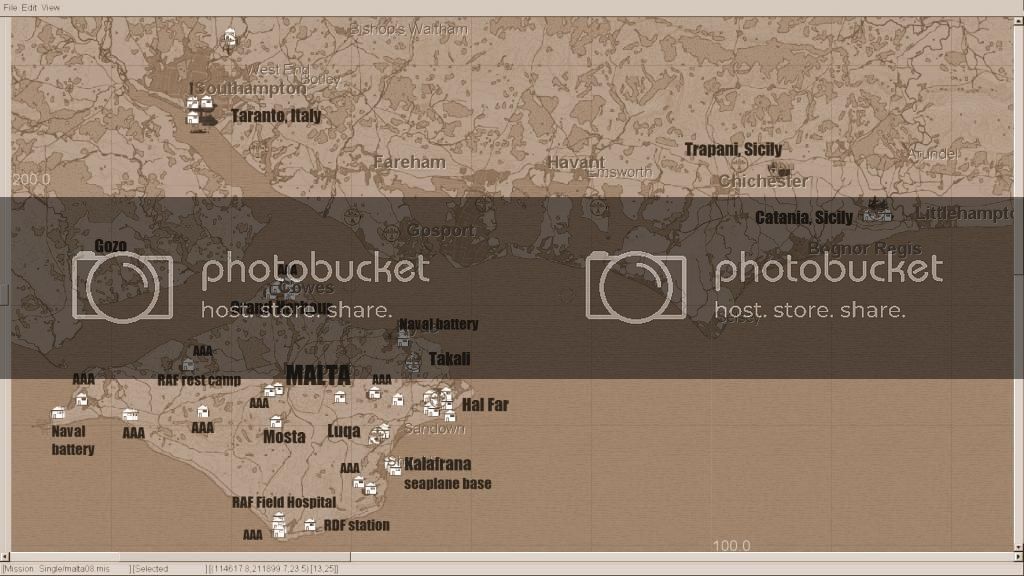 Available soon after TF 4.01 is released.

Looks fun and I wonder if we can fly any of these online, coop style?

I might get to see some sunshine over Bognor at last

It’s been around a while now.

I’m not convinced the Isle of Wight is quite right though.

I read that they are working on a new map for this and will wait for that before I think about med flying.

Hopefully the new map in TF 5 release (in 6 months maybe??) will be Malta but in the meantime I’ll give this a go, especially with the new 4.01 patch promise of a rework of the AI.