Just arrived from Amazon (12.99 hardback). Will read it next week when I have a few days off but was wondering if anyone had already looked at it. Was in 2 minds about buying it what with his ‘almost a war crime remark’ about Caen but decided to give it a go.

War crime? Strange take on it, the German forces were holding the Caen inhabitants hostage. Terrible for Caen people obviously blown to bits under the heavy rain of bombs but (I hope their children think) they died in order that France would live in freedom from what was savage oppression. God knows how many of them were packed on cattle trucks bound for Poland in the years before D-Day, there’s your war crimes

Better leave that where it is now though after our er, opening statements and after you with it

Ed I’ve been meaning to mention: when I was a kid there was a really good (live) series on the Beeb about the war and it was General Horrocks presenting. I remember his name because Horrocks in Wales means fizzy drinks

But I was privileged to catch that series I can see that now. I noticed his name turning up in a book recently: I was enraptured at the time, gritty-posh voice rumbling on about the Desert Fox, 3D table-top dioramas, wonderful. And maybe only 10 years after the end of the war. I should have made notes yes 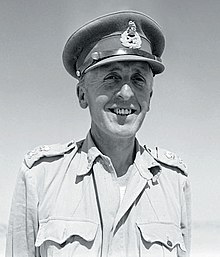 That sounds interesting, Peter, I’ll have to look that up. I had a Stephen Bungay book about the desert war but this was going back a while. His book on the BoB is still one of the best I’ve ever read

Yeah, I’m with you there. I think the thing that irritated me most was his use of ‘almost’. Surely it is or it isn’t, which suggested to me it was just to make sure he ends up on lots of news sites in time for the book launch. It was certainly regrettable - they thought so at the time - but it was undertaken to try and preserve the lives of the assaulting troops in the face of a determined and capable enemy, not simply to screw over the French. Let’s face it, the overall cause was a good one even if it did not work as planned.

I wonder if the series you mentioned is still available? It would be great to grab a copy

Finished the Normandy book, was OK but nothing special. Reminded me of Max Hasting’s book on the same subject - balanced but nothing terribly captivating about it (in a literary sense, obviously it’s very interesting). Beavor seems to have a fairly contemporary view of the whole affair with little differentiation from current thoughts. His thoughts seem to be:

Not bad, but not as good as his Stalingrad on average

The less you know about something, the more even little snippets of info about it can fascinate. Familiarity breeds contempt and so on

Halfway through El Alamein and the story is still really interesting, Rachelle’s Dad fought there and in Normandy so perhaps that makes things feel more alive: having an angle to start with

Stalingrad and Armageddon, knew nothing about the Eastern Front, enjoyed them, there’s a pattern developing Ed

I’ve unwisely got myself into EmpireTW’s challenging long campaign and it’s all about limbering and unlimbering and ‘Oh no it’s a Spanish galleon. Run for your lives!’ in our house, I’m thinking of starting an ‘Ask Ed’ corner

I had no idea he`d done Normandy. Read stalingrad which was excellent.

I’m no expert on 18th century though I read an interesting book on the second siege of Vienna (late 17th century). I got E:TW but did not really have a chance to play it - got frustrated at the very slow rate of fire and piss-poor hand-to-hand skills of my infantry against native Americans

Will give it another go when Il 2 is up and running online properly.

Peace, he also wrote Berlin, the Downfall which is good though Max Hasting’s Amageddon covers 1945 from East and West. If you wnat to read the Normandy one let me know and I’ll post it