My trip to Israel

Last week I had the opportunity to spend a week of vacation in Isralùel with my family.
Basically it was planned as pligrimage in the Holy land, but what I got is something more. I was travelling with a couple of Italian, and two local friends.

Although they are Israelian (= Born in Israel, with Israeli passport) they are not jewish. They are Israeli Arabs (they speak Syrian-Arab language and Jewish), but not Muslims. In fact they are Cristian Maronites (a kind of “branch” of the Catholic Curch).

Because they are not Jewish, we had the opportunity to visit not also Israel territory, but also some of the occupied Hamas-ruled territories behind the wall (in fact cities like Bethania, Jericho and Bethlem are in the palestinian territory). Situation in the country is very though. Althought all was quiet, you “feel” you are in a war situation.

I made about 800 pics, but I decided to post here only those that can probably attract your interest.

First of all a piece of great military history: the sword of Godfrey of Buillon, conqueror of Jerusalem with the first crusade (1099) and defender of the Holy Sepulcre. Not many people know that this sword is still conserved in the sacresty of the Church of The Holy Sepulcre (but i did knew, and got the pic for you! 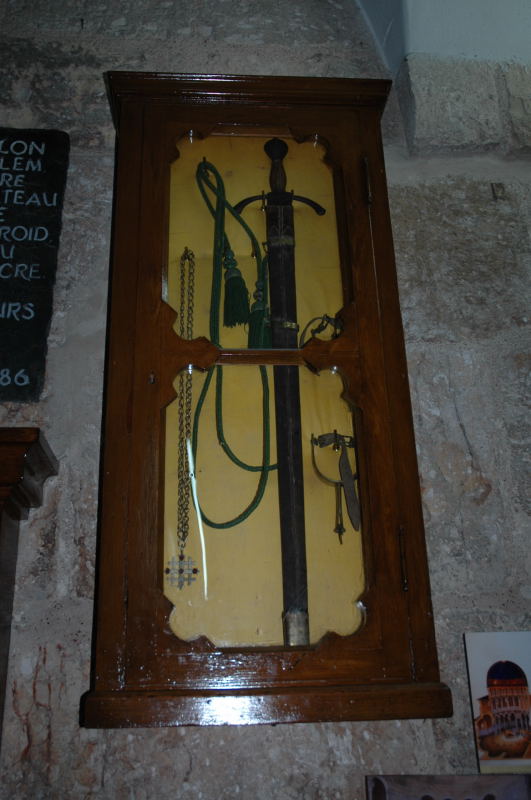 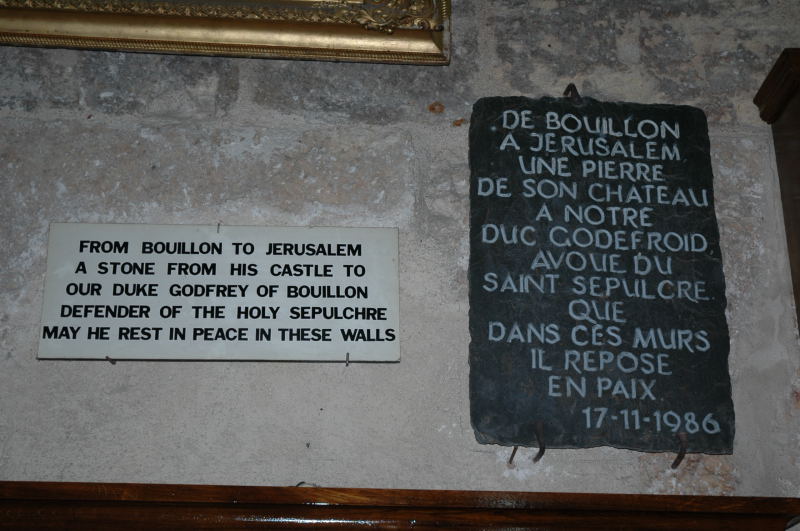 One of the ancient doors of Jerusalem (Sion Door, facing Mount Sion). The holes on the wall are the hits of the Israeli Army attack to jerusalem during the six days war (June 1967). Look on the right: you can see the TV cam control. There are really many in Jerusalem. 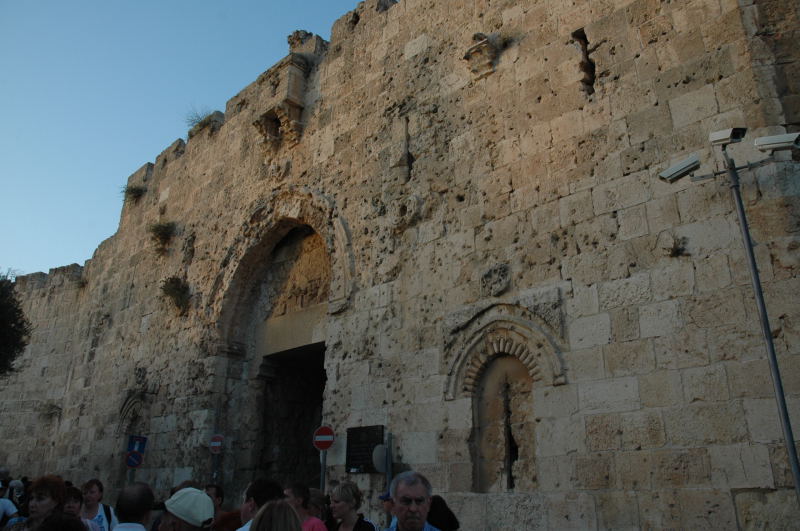 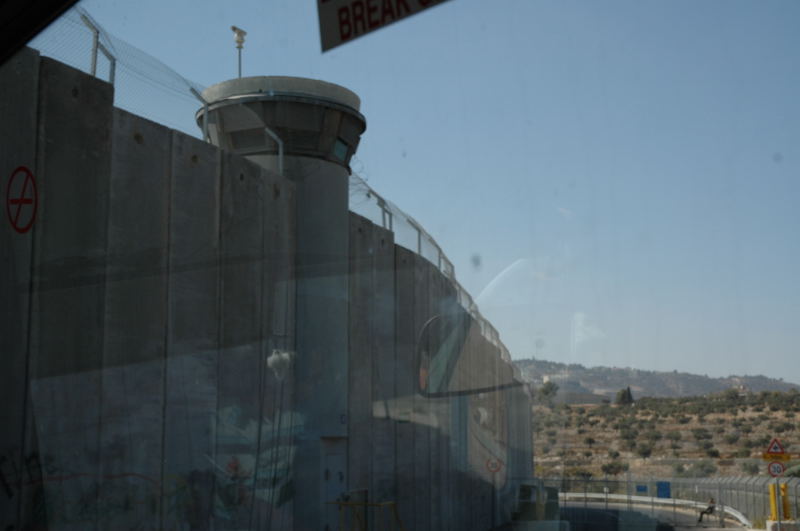 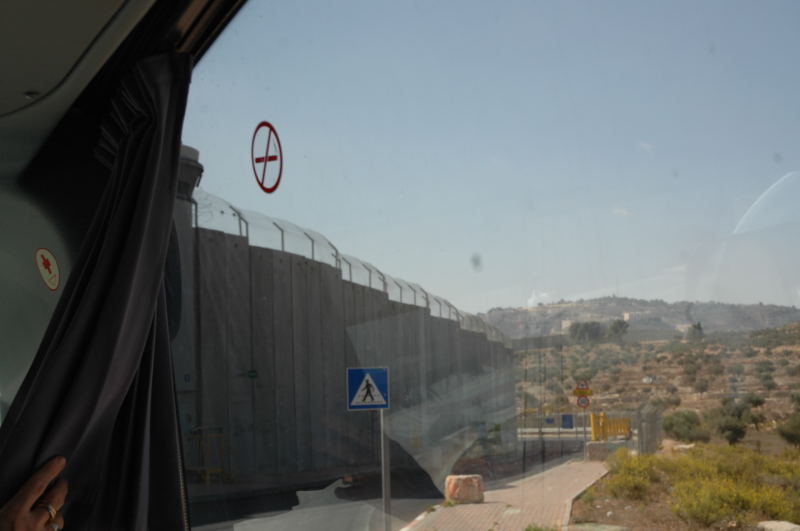 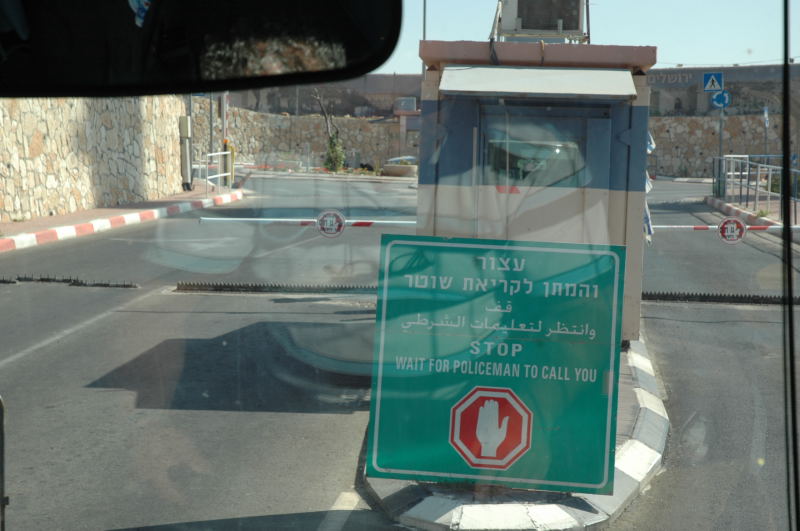 Same Checkpoint at night, on the way back to Jerusalem 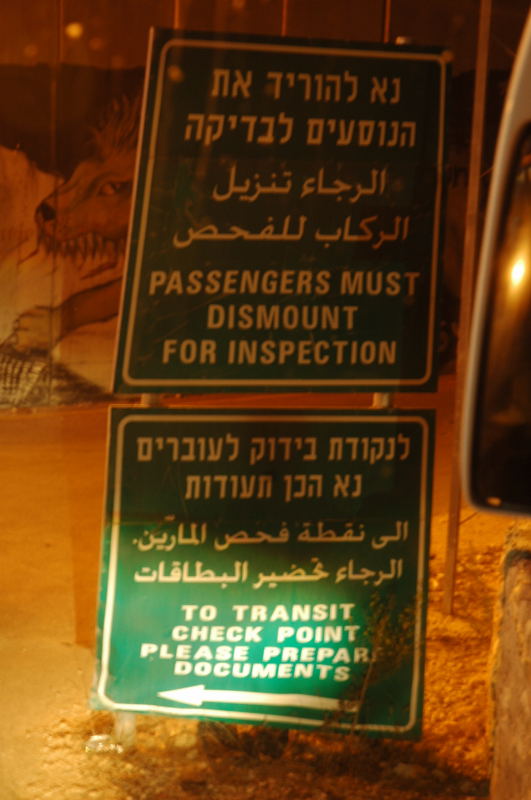 A common view on the roads of Isreal: Israeli Army on the move 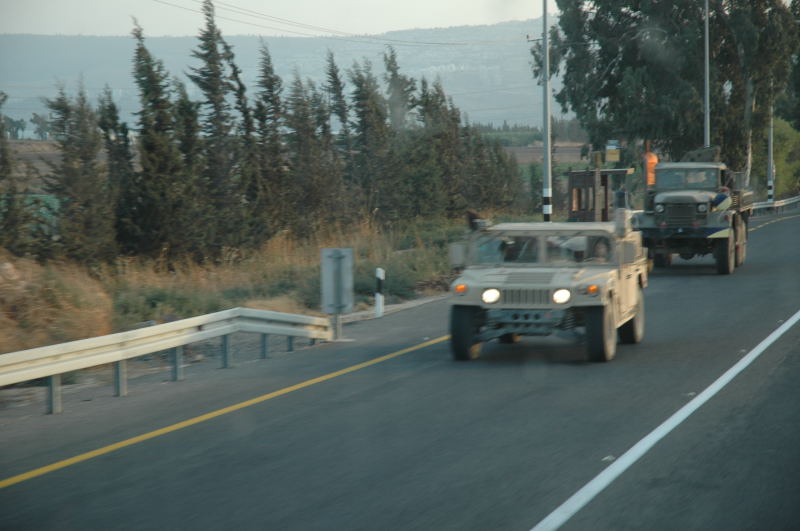 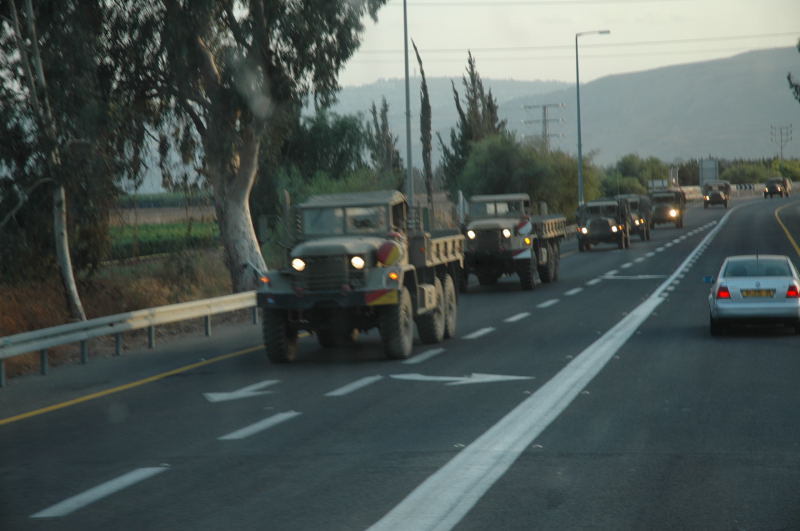 A whish not easy to apply in the region 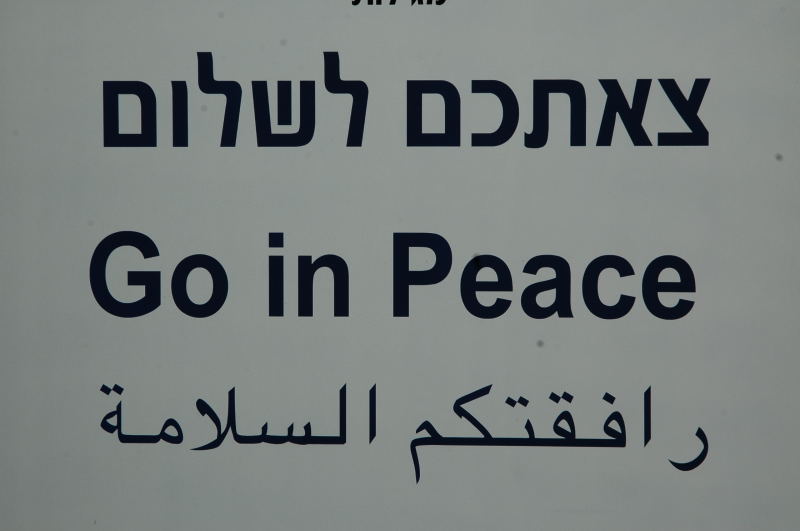 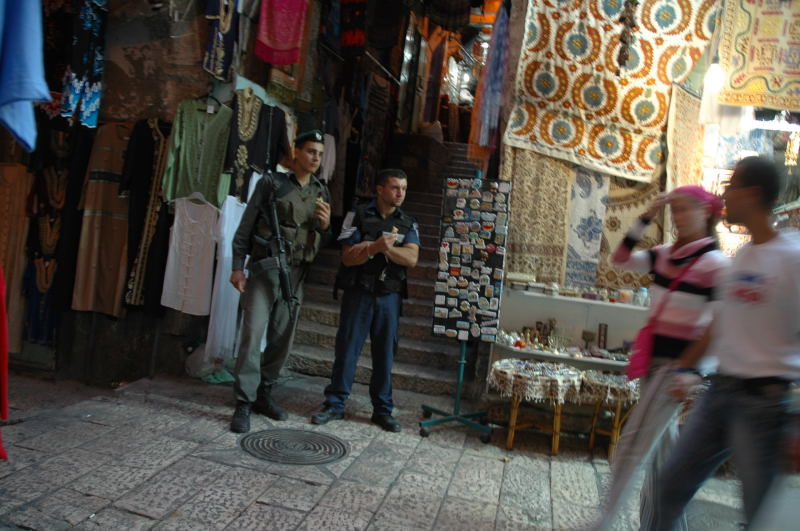 Some T-shirts, joking on the situation 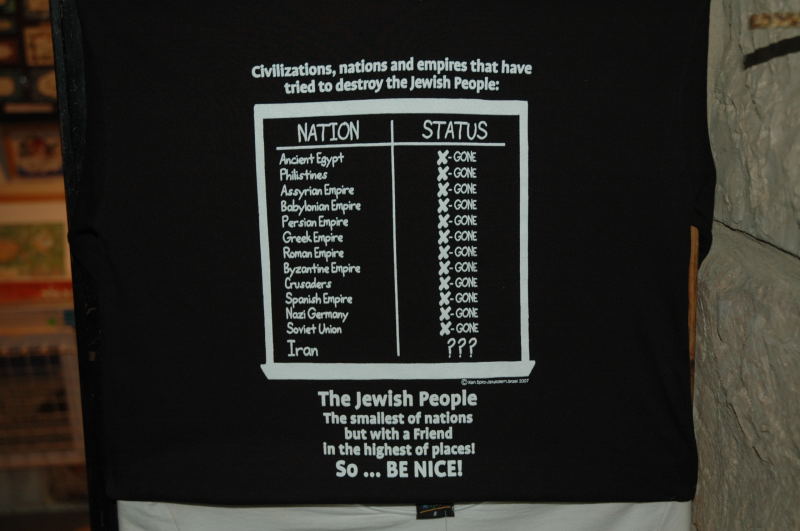 My son with UN soldiers from Poland, Jerusalem 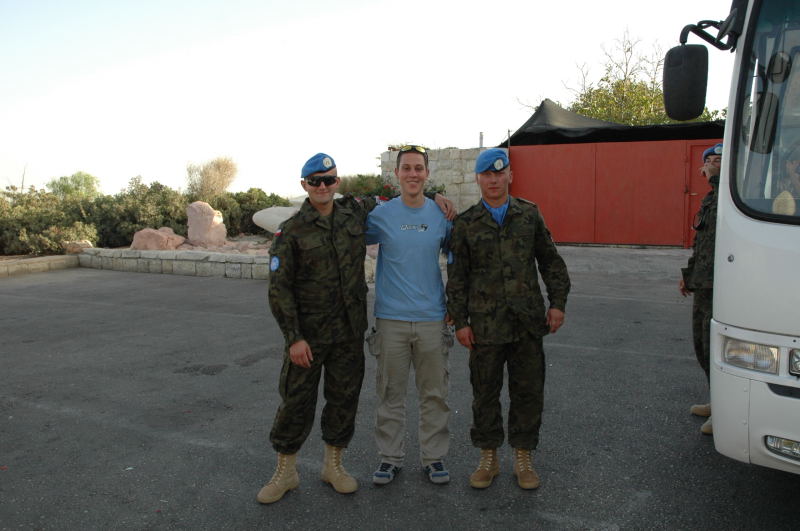 Israeli checkpoint in the Juda desert 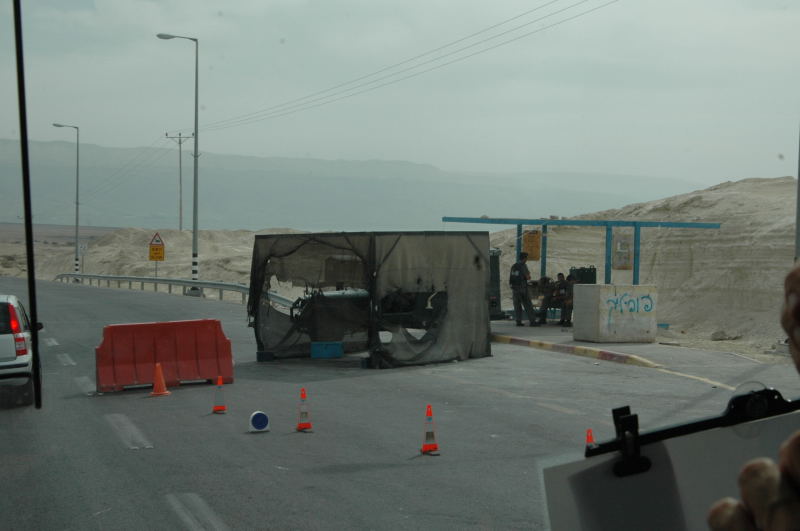 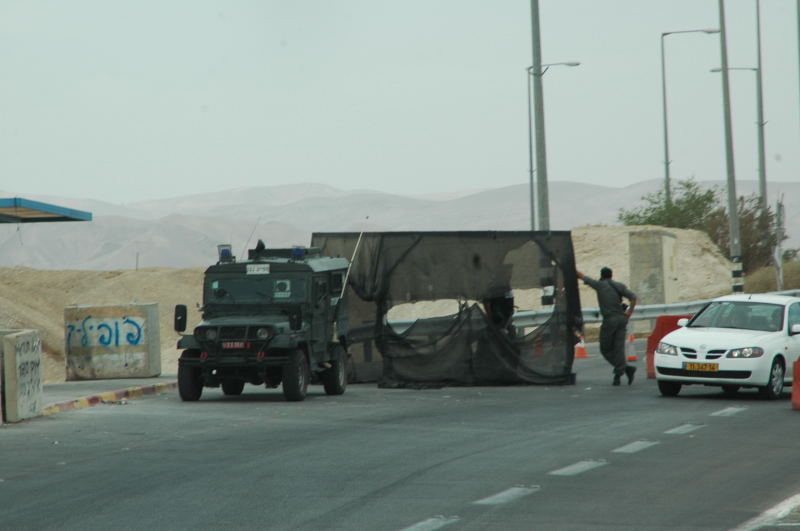 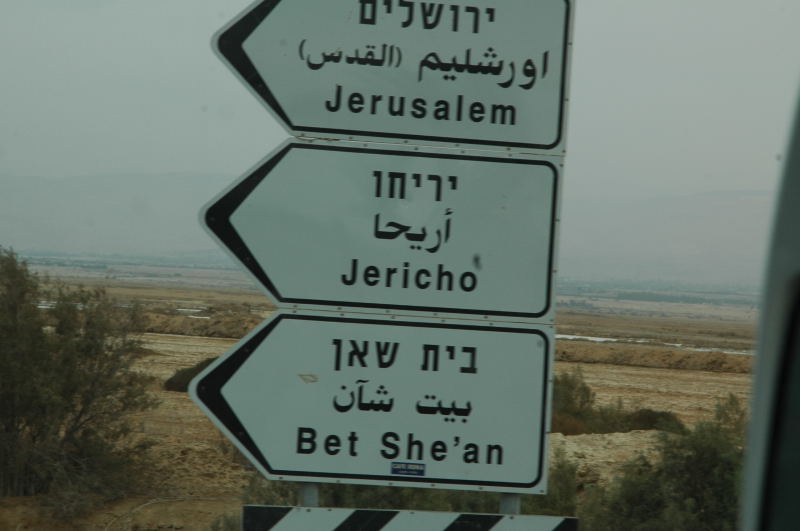 Israeli checkpoint at the border with Occupied Territories near Jericho 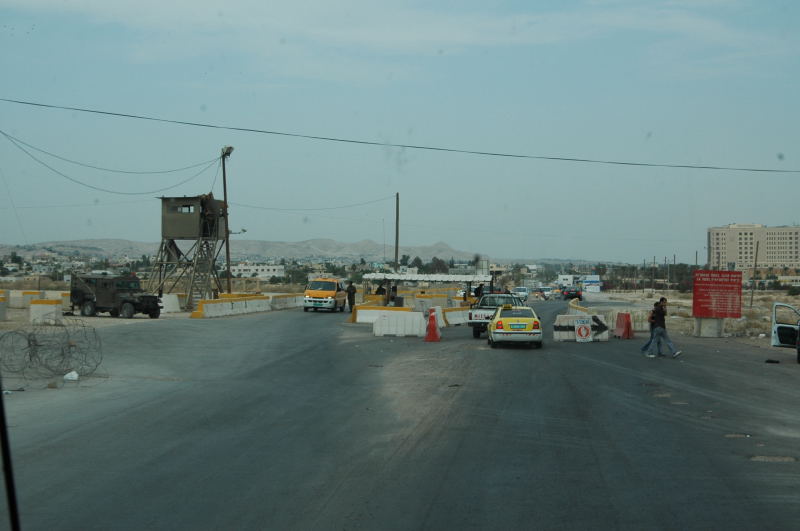 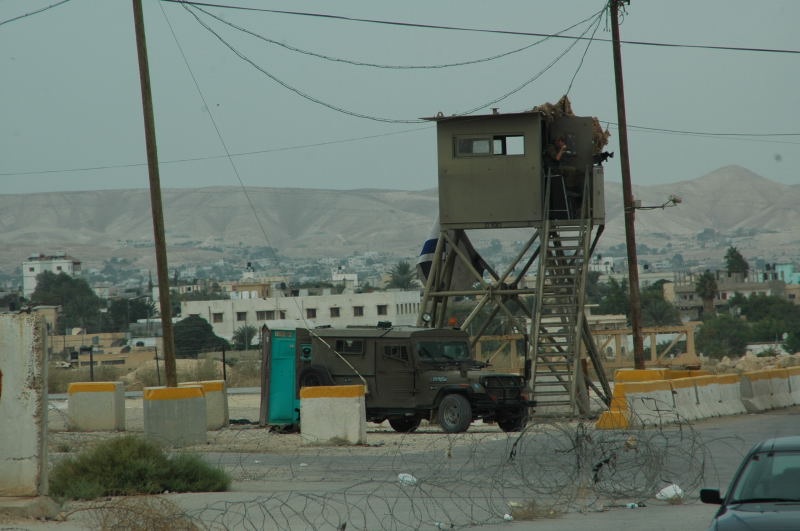 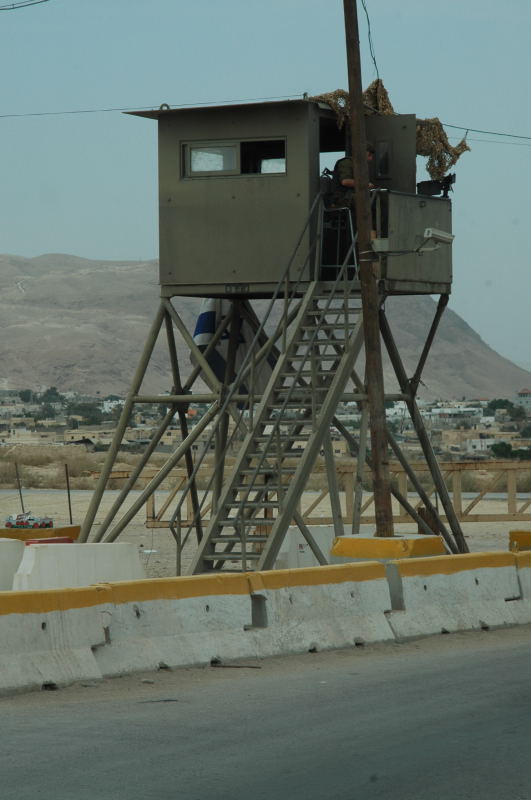 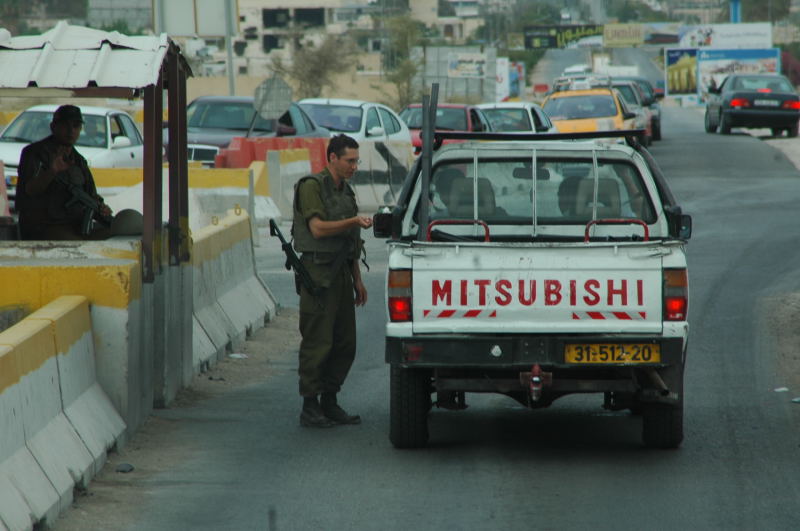 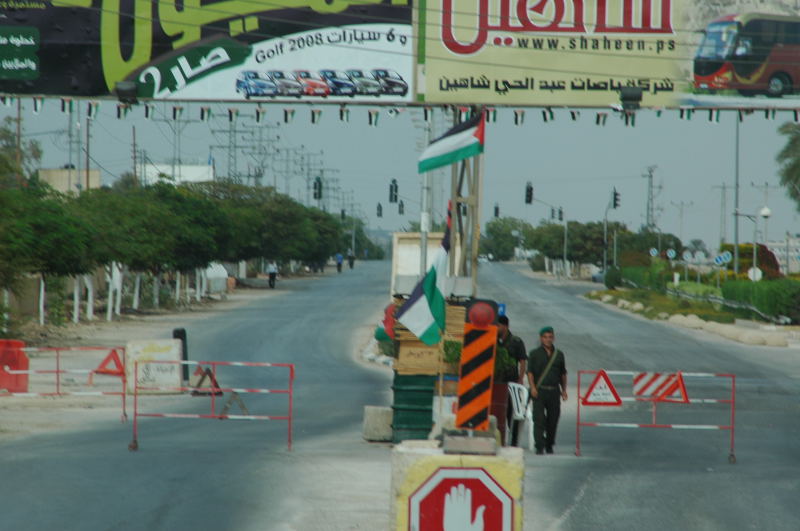 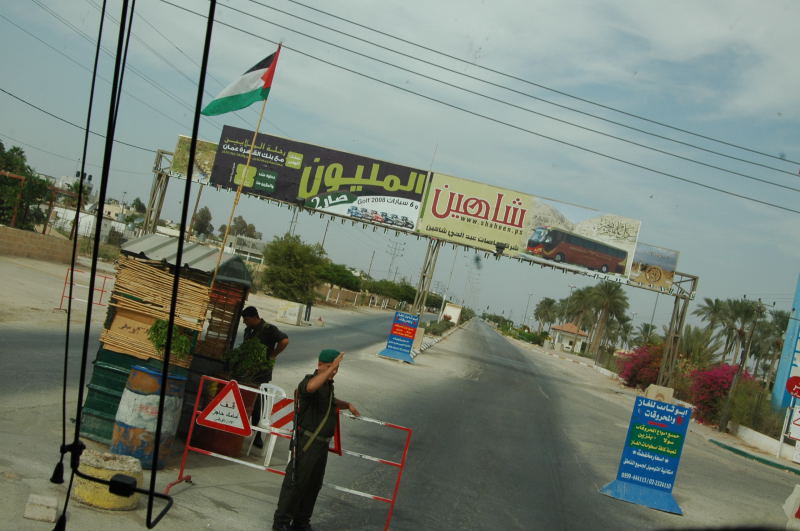 On the way back to Jerusalem from Jericho 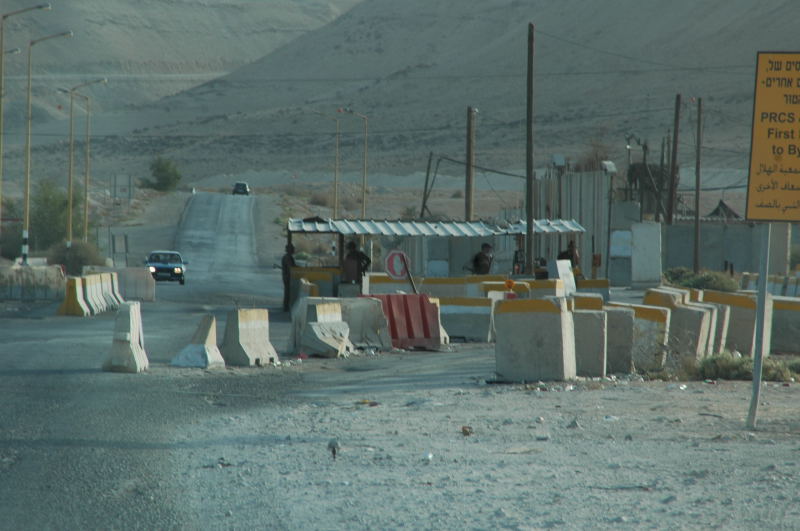 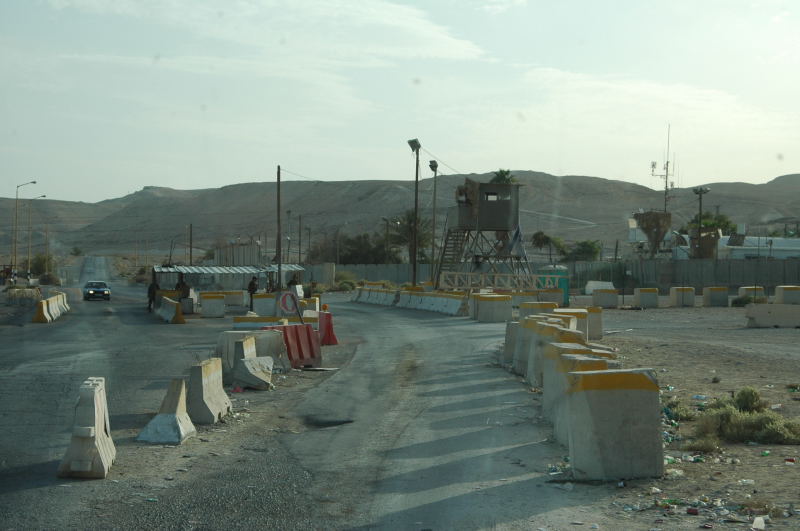 That’s all, for the time being…

Looks like you had a very rich and interesting trip.

I was looking at this picture, thinking how much better it is to suspend a giant no-smoking sign from the sky instead of the UK method of putting no-smoking signs on every door, window, wall and flat surface in sight, before I realised it’s actually on the windscreen…

Cheers for the pics, it looks like you’ve had an interesting trip!

I was looking at this picture, thinking how much better it is to suspend a giant no-smoking sign from the sky instead of the UK method of putting no-smoking signs on every door, window, wall and flat surface in sight, before I realised it’s actually on the windscreen…

Cheers for the pics, it looks like you’ve had an interesting trip!

Well I did think it was floating in the air just above the wall, some sort of banner or sign held up by very thin wires or something… :roflmao:

Great photo’s Bear, Sometime In my life I would like to make a trip to the Holy Land:) I found the Sword very impressive I have a great interest in the history of Jerusalem and one of my favorite movies is “Kingdom of Heaven” about the Muslim takeover of Jerusalem under Saladin and impressed in Saladin’s compassion letting the Christian army retreat to there lands under their protection.

Thanks for the pictures Bear, they really made the difference compared to Sweden clear to me.

You didn’t see LedZep while there?

I have a bit of an interest in the early history of the catholic military orders, so the photo of Godfrey of Bouillon’s sword, spur’s and his crucifix ( later used as the symbol of the kingdom of Jerusalem) are particularly interesting. As is the photo of the Zion Gate of Jerusalem.

I am quite envious.

Thanks for sharing Bear.

Unfortunately the movie “Kingdom of Heaven” it is not very accurate from the historical point of view. On the other hand Ridley Scott told he wanted to make an epic movie (as for The Gladiator) not an historical one. If you are interested in this issue, I can advice for a a good book that is woth the reading:

Renè Grousset: The Epic of the Crusades

You can easily find it second hand at Amazon

The silver crucifix is called “Kosmatos”, and was made in year 400 A.C.
It is composed by a big cross and four little ones.
The meaning is “Christ on all over the world”. The big cross is the Catholic Church, and the four small ar the cardinal points (N, S, E, W)

The cross was the symbol of the defenders of the Holy Sepulcre (Knights of the Holy Sepulcre, not to be confused with Templares). When the Crusaders left the Holy land after the fall of San Giovanni d’Acri (Haifa), they retreated to Cyprus and then to Rhodes, and became lately Chevaliers de Rhodes.

Now the cross is called the Cross of Pilgrims in the Holy land. You can see it really everywhere in the holy places. I got one the first time I went in Israel 8 years ago, and I still wear it on a small chain at my neck. I also wear one on my motorbike jacket

It is a good souvenir of my trips to the Holy Land. Moreover it is also a way to me to remember we do not have to loose our tradition and European culture

Great pictures, Bear. You have some interesting pictures from history and the present time.!

I hope you enjoyed it, I would!