How to join in and fly?

I’ve been away for so long with many more family life pressures and 9pm finishes as the wife is up at 5am. time is just so short. Hope you are well!!

So can anybody just say the best way of meeting up nowadays, is it still via TS on Mondays and Thursdays and what sort of time. Is it all DCS or does anyone fly BoX, (which is easier to just pick up and fly), is it Jets only

Do we even use this forum to meet up on, or use other methods. Are we flying with 54 now?

51 is on the forum and Ts as usual!
we use a little discord.
51 use Eaf rules and fly DCS ww2 (mainly! but if something nice happens on clod or box we can move)
We train green and experienced pilots in a structured way and at the end of training give wings.

41 has self declared without leaders nor rules and fly in somewhat anarchy depending on who proposes what (practically speaking jets and ww2 depending on the day)
they seldom use the forum and never ts!
they use mainly discord
they train only experienced pilots on a peer training basis. Honestly i don’t know anymore who’s got his wings or if they care about it!

Hope yer well mate…we use discord now, always someone hanging around there. Mostly DCS with jets and WW2 stuff as well, although there are a few that still fly BoX and also CloD too. 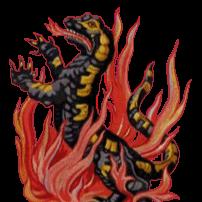 Check out the EAF DCS & IL2 Channel community on Discord - hang out with 52 other members and enjoy free voice and text chat.

I’d just like to point out that despite our ‘anarchy’ that we’ve just been recognised as being a very well organised and valued squad in the Tactical DCS campaign that we’ve just completed on Tuesday nights.

We may scan the forum, but equally you guys never use Discord, we don’t use TS as we don’t need to. Still not sure of the value of paying for something that we get for free.

We don’t just train experienced pilots but people who migrate to DCS multiplayer generally already know how to fly the aircraft. We then get them up to speed with systems and things that we do. However, that changes depending on aircraft. There is far more complexity to what we’re doing that was ever present in something like Cliffs. There’s no point in us putting someone off by getting them to fly circuits for the sake of it. We invite people to join us for a few nights, see if they enjoy it and if we all get along if it’s a yes on both counts we ask if they’re interested in joining us.

Please don’t make out that we’re some kind of poor relation. What we’re doing may not be the same as the EAF51 guys but we’re doing well and we’re enjoying our time online. We’re an anarcho-syndicalist commune we take it in turns to sort of act as an Executive Officer for the week, but all the decisions of that officer have to be ratified as a special bi-weekly meeting by a simple majority in the case of internal affairs but a 2/3 majority in the case of more major affairs.

@Swoop_EAF19 best thing to do is to get Discord on your phone. We’ve generally got people chatting on there every day in place of WhatsApp. You can see if there is anyone on comms and we still have the regular nights. A few people leave around 9 some nights as well, so you won’t be alone in that.