I really enjoyed the movie especially hearing the pilots speaking in their native tongue. I fail to understand though the significance of the downed pilot’s name. Was he a famous aviation author of whom I’ve never heard and so the jubilation turns to a sense of loss?

An excellent short film and well worth viewing.

Realy realy…nice. And the dialog’s are great.

The person who was shot down was Antoine de Saint-Exupéry, he wrote the famous little book: The little prince.

I’ve heard about him before, and I think there was a story about him disappearing during the war, but his plane/body wasn’t found until late -90’s or something like that. No time to look it up at the moment though.

Some years ago I saw a movie about Saint-Exupéry, its called “Saint-Ex” and starred Bruno Ganz ( he just played Hitler :eek: ), great german actor in the main character.

I came across this short movie after I watched “Goodbye Lenin” since some of the actors are the same.I never heard of the movie before.

GoodBye Lenin is a great movie, and this short movie too.
Antoine de saint exupery was a famous writer and a famous pilot. He also wrote 3 books on his pilot experience.
When he was shot down he was already too old for flying, but still wanted to fly. He took off with a P-38 from Ajaccio (Corse) flying a recce mission over south France. The story says he was shot down by a FW190.
More info, in English:

His famous book “The Little Prince” can be read here in ENGLISH
http://www.angelfire.com/hi/littleprince/

and here in ITALIAN:
http://digilander.libero.it/Gretablu/il_piccolo_principe/pp00.html

IT IS A WORTH READING!

Here some quotes of this great man: 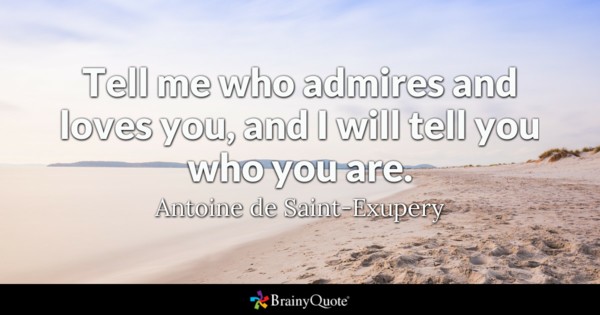 They found his P38 some years ago, in the Mediterranean. I read that he was depressed in the last weeks, and probably even wanted to die, as he engaged alone a big formation of enemy fighters. And the finding of his P38 gave more credit for this: I dont remember the details, but the experts said that his P38 was not damaged, and probably he dived on purpose to the sea.

I think its a very good short movie. The sounds, the dialogs. Of course one could think its too short to be a reminder of what actually happened: the death of 1 of the most important writers of the last century. But actually this is also shown by the reaction of those involved at the end of the film eventually. Their faces show this. The party is over, when they realize what has happened. They obviously knew him. His works were famous. I can read the shame and maybe even the hurt in there faces, the abrupt fading of fun and the shameful withdrawal out of the scene by everyone 1 by 1, away from the camera. The end of the film embedded into the words of ST Exupery by the narrator:

PS: For those who don’t understand German: in this short movie the pilots are full of sarcasm as well against the regime they are fighting for. Of course this is not enough opposition.
I just saw the movie again. The narrator, maybe the young pilot in old, says that they realized the terrible truth of who was shot down after the war. From my point of view the director tries to express this in the film.

My wife is a teacher of German in Italy at the upper school.
She told me that the initial and final comments of the old pilot are very nice words, about the willing of flying, the feeling of fear, and, at the end, some appreciation for Antoine De Saint Exupery related to the text of the Small Prince.

The historical reconstruction is not really perfect. The plane who shot down Saint-Exupery was a FW 190, and the pilot who did it died two weeks later, shot down by an allied pilot.

In 1998, a fisherman found Saint-Exupéry’s bracelet from the sea, 150 kilometers west from Marseilles. His and Conzuela Gomez Castillo’s name were recognized from it. However, later news revealed, that the bracelet was probably a forgery. Eventually Saint-Exupéry plane, Lockheed Lightning P-38, was found in May 2000.